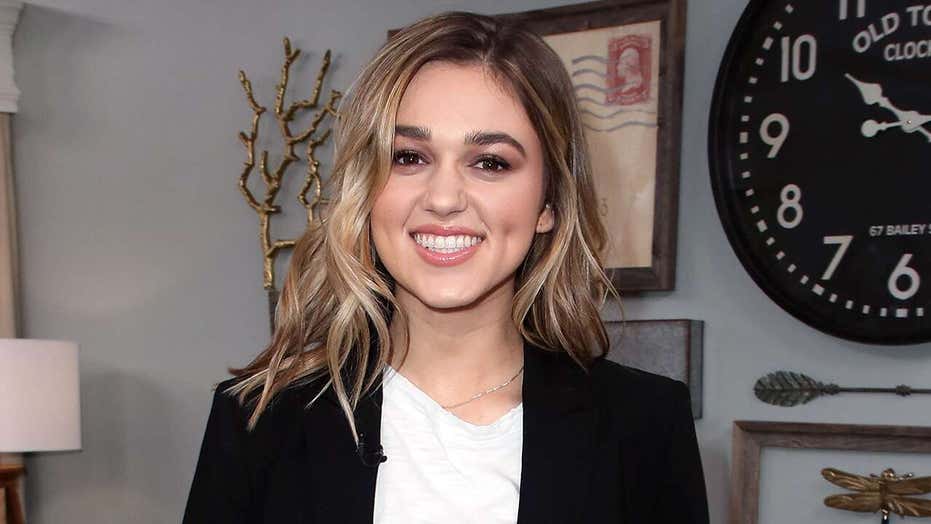 Sadie Robertson and her husband Christian Huff have settled on a name for their baby girl on the way.

The former "Duck Dynasty" star revealed on Instagram on Friday that she and Huff have chosen a meaningful name for their daughter.

"going ahead and telling the world our sweet babies name because i would rather y’all hear it from me and christian then things going around. this little girl and her name already mean the world to us 💛," Robertson's post begins.

Robertson, 23, revealed that the couple plans to name their baby girl Honey James Huff, a moniker that is near and dear to their hearts.

The TV star said the word "honey" is mentioned in the Bible verse Proverbs 16:24, and reads, "Gracious words are like HONEY, sweetness to the soul and health to the body."

Robertson went on to explain she's "always loved" the verse.

"Its made me have a love for the idea of all that honey is. It’s a sweet delicacy with a strong healing component," she wrote.

She also shared a moment from over two years ago in which the word "honey" became symbolic to the couple.

SADIE ROBERTSON SHARES MATERNITY SHOOT PHOTOS: 'EXCITED FOR THIS ONE'

"When Christian and I started dating we went through the book of Proverbs together and I remember getting to chapter 16 and as I read verse 24 i said to him, 'you have words like honey. they are so sweet and are healing places in my heart I didn’t even know needed to be healed.' On our first date we went to do pottery together and on my cup i simply wrote 'honey' (swipe) because i called him the boy with the honey words. Fast forward 2 and a half years later and we have a daughter on the way who we so proudly get to name after one of the loveliest words. Not to mention this word reminds me of my great grandma who calls everyone she loves honey," Robertson added.

In addition to the name reveal, Robertson shared an adorable snap of a teddy bear wearing a sweater embroidered with the name "Honey" as well as a photo of her holding the mug she made.

"Oh Honey, you are named with such intention. I pray over you all the time that you would be sweet and strong and you know what? I already know it that you are. Those words will be your super power in life. We can’t wait to meet you and see your story unfold before our eyes 🍯," Robertson continued.

Robertson also called attention to fake accounts that have popped up on social media. "We will make our own when she is born," she concluded.

Robertson announced in October that she was pregnant with her first child.

In February, Robertson shared maternity pictures as she rounded the bases into the third trimester.

"3rd trimester here we goooooo!!!," Robertson wrote in the Instagram post along with a heart emoji. "EXCITED FOR THIS ONE."

The couple tied the knot in November 2019.