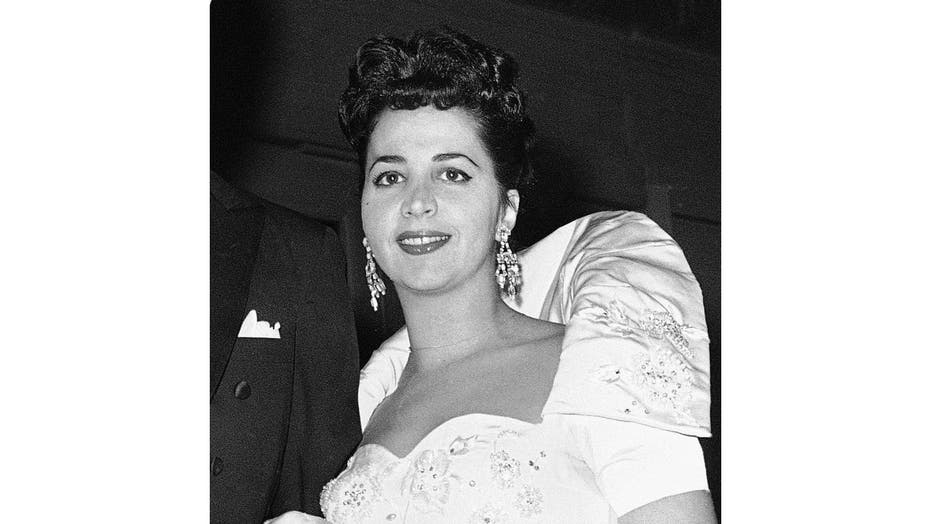 Rosalind Elias, an American mezzo-soprano who created roles in a pair of Samuel Barber world premieres and made her Broadway debut at 81, has died. She was 90.

Elias had been slowed by congestive heart failure for the past six months, according to her manager, Robert Lombardo, but still attended the dress rehearsals at the Metropolitan Opera as recently as Feb. 28.

She was admitted to Mount Sinai West Hospital on Thursday because of breathing problems. Coronavirus was ruled out, and she died Sunday, Lombardo said.

“I feel we were all put on earth for a purpose and mine was singing,” Elias told The New York Times in 1984. “If I don’t get sick, I will always be in some aspect of theater. The thing I want never to be, is to be bored with my life.″

Born in Lowell, Massachusetts, on March 13, 1930, Elias was among 13 brothers and sisters whose parents and come to the U.S. from Lebanon. She listened to the Metropolitan Opera’s Saturday afternoon radio broadcasts when she was young.

“Fantasizing that I was on that stage, singing,” she told Opera News in a story published last year. “I would just sing in the house. Finally my mother talked my father into letting me take voice lessons. He said, ‘So what, let her sign up for lessons — she’ll never go. She’ll go to the movies instead.’ But I didn’t go to the movie — I stuck with singing!”

She attended the New England Conservatory in Boston, Rome's Accademia Nazionale di Santa Cecilia and then at the Boston Symphony Orchestra’s Berkshire Music Center, now known Tanglewood. She studied under director, conductor and commentator Boris Goldovsky, a mentor to several generations of singers.

FILE - This Oct. 26, 1959 file photo shows American mezzo-soprano Rosalind Elias arriving at the Metropolitan Opera House in New York to attend a performance of Verdi's 'Il Trovatore.' Elias, who created roles in a pair of Samuel Barber world premieres and made her Broadway debut at age 81, died Sunday May 3, 2020. She was 90. (AP Photo/Ray Howard, File)

Elias appeared on “Metropolitan Opera of the Air,” a radio broadcast competition, when the Met signed her to replace an ill singer as Grimgerde, one of the Valkyrie sisters in Wagner’s “Die Walküre.” Elias said she learned the role in a week, and she made her Met debut on Feb. 23, 1954, with conductor Fritz Stiedry and a cast that included Astrid Varnay, Hans Hotter, Set Svanholm, Margaret Harshaw and Blanche Thebom.

She went on to sing 687 performances of 54 roles at the Met over 42 years, plus performances of Verdi’s Requiem that followed the assassination of President John F. Kennedy.

She was slim and striking, and her noted performances included the title role in Bizet’s “Carmen,” Octavian in Strauss’ “Der Rosenkavalier,” Dorabella in Mozart’s “Cosí fan tutte,” Laura in Ponchielli’s “La Gioconda” and Preziosilla in Verdi’s “La Forza del Destino.”

Elias created Erika in Barber’s “Vanessa,” which premiered at the Met on Jan. 15, 1958 — Barber added the aria “Must the Winter Come So Soon” at her request. She was Charmian in Barber’s “Antony and Cleopatra.,” which opened the Met’s new house at Lincoln Center, on Sept. 16, 1966.

Outside of New York, she sang a single performance of Carmen at the Vienna State Opera on Nov. 12, 1972, and was Baba the Turk in Stravinsky’s “The Rake’s Progress” for runs at Britain’s Glyndebourne Festival in 1975 and ’77.

At the height of the Cold War, Elias was said to have spent $5 in 1961 and to get a tattoo on her lower abdomen of her name and Social Security number.

“In this day of possible large-scale disaster, all of us should wear identification,” she told Time magazine.

She took out a half-page advertisement in The New York Times for $2,880 that Oct. 11 with a message “I Am Not Afraid” signed by her to signal her opposition to sheltering as a response to talk of nuclear war.

“If I could afford it, I’d have put the same message in every newspaper in the country,” she told the paper.

She sang Mrs. Lovett in the New York City Opera premiere of Stephen Sondheim’s “Sweeney Todd” in 1984 and in the off-Broadway musical “Pearls” at the Jewish Repertory Theater in 1985. She returned to Sondheim as Madame Armfeldt in “A Little Night Music” at the Hawaii Opera Theatre in Honolulu in 2008, then in 2011 took on the role of Heidi Schiller in Sondheim’s “Follies,” first at the Kennedy Center in Washington and then on Broadway at the Marquis Theater.

“I feel that I can identify with Heidi because I am of the age of ‘Never look back,’” she told Playbill. “It’s not an easy thing to do, because I keep looking back, but I try not to. When I do look back, I’m not bitter. I’m happy because I’ve had a blessed path.”

In 2013, she sang the cameo role of Madelon in Giordano’s “Andrea Chenier” with Roberto Alagna and the Opera Orchestra of New York at Lincoln Center’s Avery Fisher Hall.

She married Zuhayr Moghrabi, a lawyer with Union Carbide Corp. and a law school professor, in 1969. He died in 2015. She was predeceased by all 12 of her siblings and has no survivors, according to Lombardo.