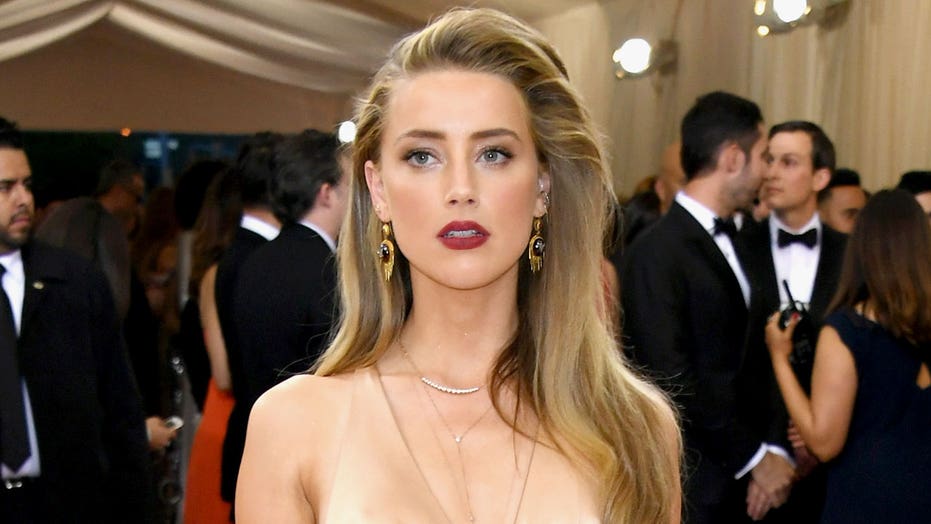 Amber Heard revealed in a heartbreaking post that her mother, Paige Heard, has died.

The 34-year-old "Aquaman" actress said she is "devastated beyond belief" and that Paige, at 63 years old, "left us too early."

"She will be missed from the very depths of our hearts forever. Her unflinching, open heart made her the most beautiful woman I had ever known. It’s hard to imagine and even more difficult to say but I feel truly lucky to have been her daughter and been given the gift of having the light she shone on everyone, fall on me for nearly 34 years,” Heard wrote.

AMBER HEARD ON 'AQUAMAN' CHARACTER: 'SHE'S NOT A DAMSEL IN DISTRESS'

She continued, “This has been an unbelievably painful time but in that, I am reminded of what survives us all, love. The kindness, support and generosity my sister Whit and I have received from friends and family has been utterly soul-saving.”

Heard didn't reveal the cause of her mother’s death.

Some of the entertainer's famous friends sent Heard thoughtful messages. "I'm so sorry for your loss dear one," Andie Macdowell wrote. While Cara Delevingne sent a heart emoji for support.

Back in 2019, Heard spoke about coming out as bisexual to her parents.

“I am from Austin, Texas. My dad is out of Central Casting Texan, Good Southern man, and I was raised in a religious home,” she said at SXSW. “And being an outspoken lesbian, atheist, vegetarian, I remember when I told them about my relationship, that I was in love with this woman, and at the beginning of that it was just tears, tears.”

“They didn’t know how to process it because, for them, it was being thrown into a binary system of processing it, negative or positive," she added.

But a few years later, Heard was accepting an award in Dallas and invited her family to come. "I see them sitting front and center and here I am getting this 'gay award.' … My parents in five years, look at the journey — attitudes and hearts can change," she revealed.