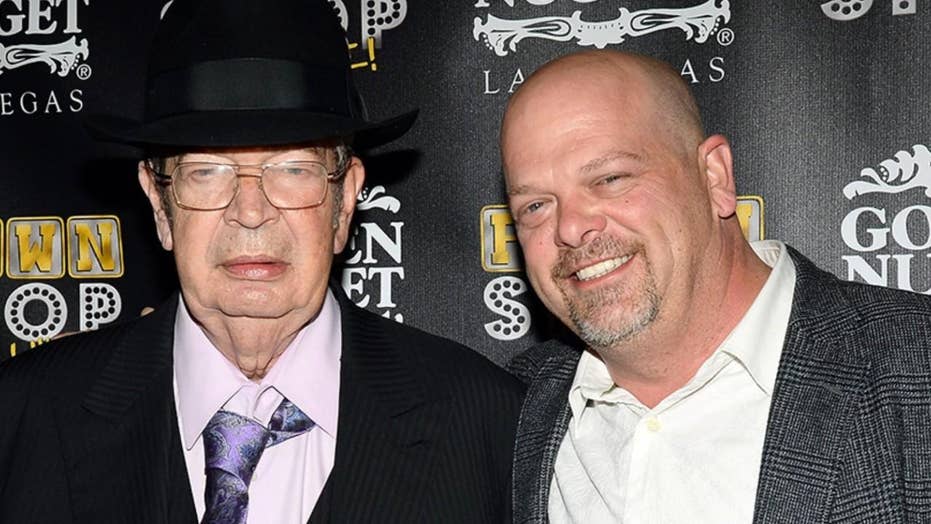 It takes a lot to impress Rick Harrison these days, but he refuses to back down from a challenge.

The 54-year-old is the star of History Channel’s “Pawn Stars,” which takes viewers inside the Gold & Silver Pawn Shop on the outskirts of Las Vegas where he runs the family business. Harrison and his crew carefully assess the value of historical treasures brought in by everyday Americans and ultimately determine whether it’s the real deal or a total bust.

And while “Pawn Stars” kicked off Season 17 on Jan. 20, Harrison is also gearing up to appear in this year’s HistoryCON, a three-day event highlighting exclusive panels and exhibitions with the stars of History Channel’s most popular shows, including “American Pickers” and “Ancient Aliens,” among others.

Harrison spoke to Fox News about the lasting success of “Pawn Stars,” what he would love to add to his collection, as well as growing up with his late father, famously known as “The Old Man” in the series.

Richard 'The Old Man' Harrison, left, father of Rick Harrison, right, passed away on June 25, 2018, at age 77 after a battle with Parkinson's disease. (Ethan Miller/Getty Images)

Fox News: Looking back, what do you believe has been the secret behind the lasting success of “Pawn Stars”?
Rick Harrison: Oh, I think it's a lot of things. First off, most reality shows are pretty much scripted. Mine is not. And it’s truly different every week. You can have a show about motorcycles or cars, but there's only the only so much you can do with a motorcycle or a car every week. And people want to learn, but they don’t want to feel like they’re sitting around with a professor. I give all the history lessons and I make learning entertaining on the show.

Fox News: You’ve probably been asked this countless times by now, but what has been some of the weirdest stuff you’ve come across recently at your shop?
Harrison: I get so much weird stuff *laughs*. Weird is normal to me. I mean, you end up with things like a 100-year-old bicycle with wooden wheels. But I love it. There’s always a history lesson behind it. And I give it a Rick Harrison spin to it. And you always get a laugh out of it.

Fox News: Is there anything you've ever said no to that you later regret not taking?
Harrison: Nope. Whenever I talk about business to people, I always tell them, “If the deal’s not right, the deal’s not right. Just walk away.” You can’t think later, “Maybe I should have bought this or that.” It’s part of the business. Sometimes you have to be willing to walk away and not risk-taking on a bad deal. Imagine, you get people pretty much coming in every day and they're expecting this huge amount of money for something they found in their attic. And in reality, it’s like no, that’s not worth what he or she is expecting.

I’ve been yelled at so many times. They’ll tell me their life stories like their grandma has this perfect diamond in their wedding ring. And then I have to tell them, “Grandpa was cheap. It’s a really bad diamond.” They get really mad at me. They come in with grandma’s silverware and they try to explain it to me that the silverware was incredibly expensive, so, therefore, they should get a certain amount for it. But in reality, if you look at the history, serving dishes on silverware in the ‘30s, ‘40s and ‘50s was acceptable. That’s what middle-class people did. It's not a rarity. So you’re not going to rip me off.

Fox News: What's the one thing would you love to come across but you haven’t seen quite yet?
Harrison: I collect books and one thing I would love to get are some books by Giordano Bruno, the martyr of science. He was absolutely one of the craziest figures in history. He was ultimately burned at the stake after being sentenced to death by the Roman Inquisition for his heretical ideas — everyone should learn about him at one point in their lives. His books were ultimately wiped out from existence. Obtaining one today is definitely up there for me.

Fox News: How long do you see yourself continuing with the show?
Harrison: As long as it's fun and I still have a blast. One of the greatest things about my show is that it continues to be interesting. It continues to surprise me. We can come across an 1890s personal printing press one day or a Viking bracelet on another day. I’ve dealt with coins that are 3,000 years old and then lunch boxes from the ‘70s. It continues to be fun for me and it’s still a highly rated show on television. Maybe 20 years from now I might be too old to continue doing it *laughs* but right now it’s brings everything that I love together. The chance to highlight these historical artifacts keeps me going.

Fox News: Are there any items of today that you feel people should consider preserving or keeping because with time it could become valuable?
Harrison: I always ask people, “What was really super cool when you were 16 years old?” That’s what’s going to be worth money when you’re 50 years old… Those GI Joes I played with when I was a kid — I wish I still had them and they were in their original boxes. Those comic books I had when I was a kid? I wish I had them now.

Fox News: You sadly lost your father, The Old Man, in 2018. You must have countless, but what’s one memory of him that’s been on your mind lately?
Harrison: I think about him every day. I had a different relationship with him. Most people, when they turn 18, they go off to school, get a job and move out. I worked with my father from the time I was a kid. He stayed in the Navy for years because of me. Otherwise, it would have been really difficult with my medical expenses. But despite my epilepsy, he never treated me differently.

When I was 16 years old, I tried to act all tough and told him “F you” to him. He punched me in the face. I’m laying on the ground. He looks at me and says, “Old enough to talk to me like a man, old enough to get your ass beat like one.” I just got up, walked away and never said another word about it. He really changed my perspective on life and how words have meaning. That was one of the greatest life lessons he ever gave me… He was just an amazing individual. He taught that no matter what, you always take care of your kids, your family. If you have kids, you’re a father for the rest of your life. He was an old school kind of guy that I think we need more of. 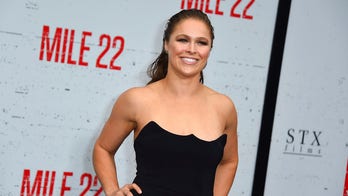