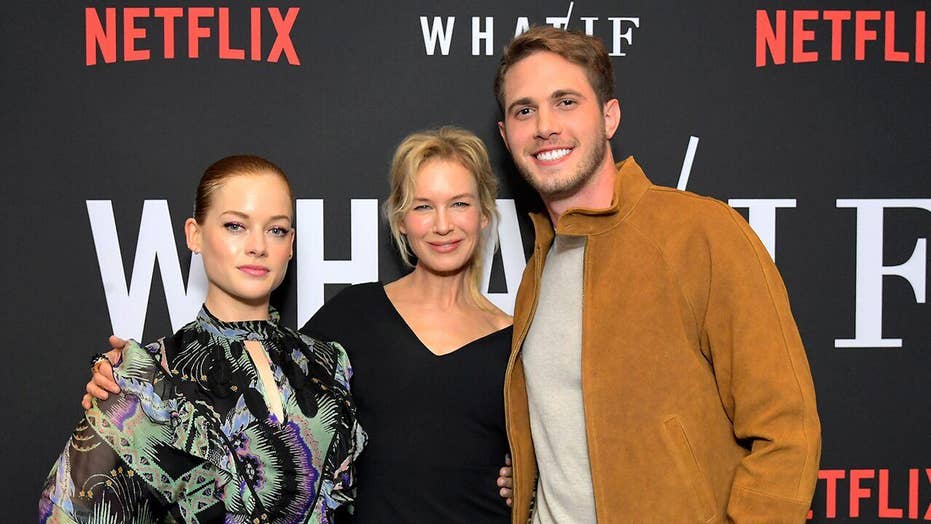 Renee Zellweger is still grateful for the important life lesson she learned at her unlikely gig before finding fame.

“In Texas, I worked as a cocktail waitress in a strip club,” the actress told AARP The Magazine for the August/September 2019 issue. “One gentleman would tip me $100 every time he came in because I think he felt sorry for me. He saw me as a poor student. Did I feel sorry for myself? Never.”

“Financing my own way through college was a defining marker for me,” continued the 50-year-old. “And now I overtip. I know the difference that can make in someone’s day.”

Renee Zellweger at the "What/If" press conference on May 17, 2019 in West Hollywood, Calif. (Photo by Vera Anderson/WireImage)

The Hollywood star also told the outlet she’s always had a deep appreciation for pursuing education — something that has stayed with her over the years.

“Public policy fascinates me, so I went back to school to study international law,” she explained. “I love it! I love understanding what motivates people. And unlike 18-year-old me in the classroom, I know that not everything hangs in the balance. You’ll be OK even if you don’t get an A.”

But if there’s one thing Zellweger hasn’t learned is loving social media — and she’s perfectly content with that.

“There’s so much noise out there,” she admitted. “People commenting on your every move, on how you look. My secret is ignorance! I’m not on Twitter anymore for any of that. I’m oblivious to it unless someone points out something on social media that it’s absolutely essential to me to know. It has nothing to do with the truth of a person’s real narrative.”

These days, the Texas native has been keeping busy in Hollywood. In addition to starring in the Netflix series “What/If,” she also plays Judy Garland in the upcoming biopic “Judy,” which premieres Sept. 27.

"I don’t call it aging; I call it winning. It’s just so much fun to say 'no' and to do things you’ve wanted to try."

“I’m from a generation who, if you missed something on TV, you missed it,” said Zellweger. “So we gathered as a family that one night every year when ‘The Wizard of Oz’ came on. My parents had a turntable and later a reel-to-reel for playing her music, so Judy’s music was always playing in the background, too.”

“Getting into her character felt like a quiet immersion into someone who was practically a relative,” continued Zellweger. “I never had formal dance or voice training — it was hours of makeup, singings, dancing. But there are certain things in life that you should never wait to be invited to try. At this stage, why count yourself out.”

Zellweger previously won an Oscar for the 2003 film “Cold Mountain.” It explored how a wounded soldier embarks on a journey back home to Cold Mountain, N.C., to reunite with his sweetheart. The drama also starred Jude Law, Nicole Kidman, Philip Seymour Hoffman and Natalie Portman, among others.

“The meaning of having an Oscar is mysterious to me,” she told the outlet. “The feeling changes with time. It’s mercurial. Some days it feels like, ‘Wow, what a blessing to have a career that’s led to that.’ Other times, I look at it and go, ‘Did that really happen?’ It feels like a story about somebody else. It somehow reflects back to how I’m feeling at the time.”

Zellweger also shared that the one thing she isn’t worried about is aging in Hollywood. In fact, she’s embracing it.

“The best present I got for my 50th was a houseful of friends dancing the night away, to the Beatles, Rolling Stones, some Texas blues — until I couldn’t feel my feet,” Zellweger recalled. “And I don’t call it aging; I call it winning. It’s just so much fun to say 'no' and to do things you’ve wanted to try. You don’t have to be perfect at something; just start walking toward it and see where the adventure goes.”

In May of this year, Zellweger told Fox News that after taking a six-year hiatus from acting between 2010 and 2016, she’s happily diving into “What/If” as an enigmatic angel investor who makes an indecent proposal to a newly-wed couple.

“I want to play. I wanted to play. I love that this woman is so audacious and free and that she taps into her entitlement and her power and her sexuality to manipulate everybody and everything around her to get what she wants,” said Zellweger about her performance as Anne Montgomery in “What/If.” “That's not something I do every day. So it was fun.”

When asked how she managed to completely channel the late Garland, Zellweger paused to think about the icon’s life and talent before explaining her goal in presenting what hasn’t been shown about the performer.

“I approached it really humbly with curiosity and lifelong admiration — awe, really,” said Zellweger. “And I just wanted to learn as much as I could and read between the lines because I think that a lot of what we sort of address in the film has gone unaddressed.”

The “Jerry McGuire” actress continued: “It's just what isn't in the article that was written about her. What'd they left out? What are the extenuating circumstances that nobody wants to talk about? What's happening in the private moments? And so I just – I sat with all of the facts and all of the sort of linear history of this period in her life, and I tried to understand from my own personal experiences and everything else that I read and what was missing in the telling of this part of the story of this part of her life.”

Renee Zellweger arrives at the premiere of "Same Kind of Different as Me" on Oct. 12, 2017, in Westwood, Calif. (Photo by Axelle/Bauer-Griffin/FilmMagic)

“But again, just I wanted to be careful because I, like generations of people, I have loved her a lifetime."