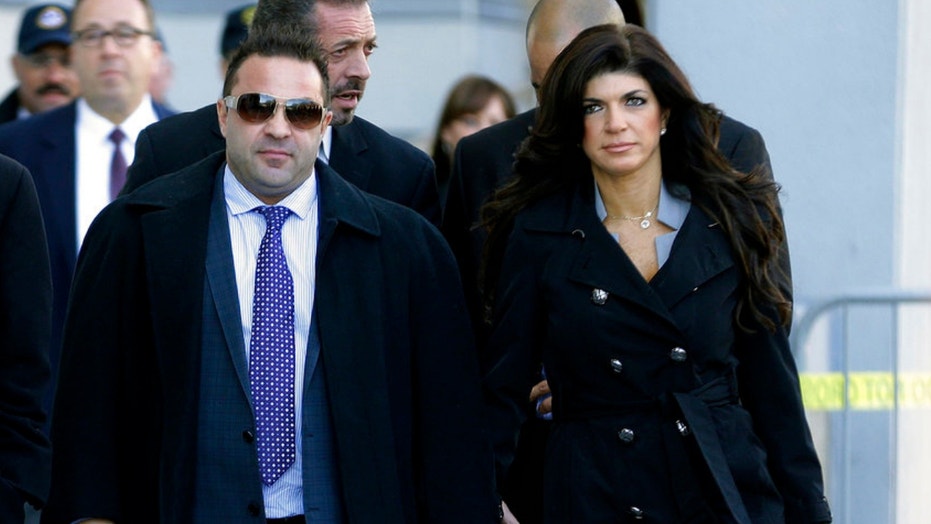 “Always a full table,” Giudice wrote on Instagram, sharing a photo of himself eating dinner with family members along with Giacinto Gorga, father of Teresa.

Giudice joining Instagram comes in the wake of facing potential deportation to his native Italy after serving his 41-month prison sentence. Giudice served time on charges of bankruptcy fraud, conspiracy to commit mail and wire fraud and failing to file a tax return.

Giudice went on to post several more pictures that feature friends and family as they enjoy life in Italy.

“On the other side of the world #familyandfriends #forgetaboutit,” Giudice captioned the set of images.

Upon release from prison, Giudice was placed in the custody of Immigration and Customs Enforcement, or ICE, due to his crimes and not being a U.S. citizen. (Immigrants who have a so-called "green card," or legal U.S. residency, as Guidice is said to have, according to The North Jersey Record, nonetheless are subject to removal from the U.S. if they commit crimes and have not become naturalized U.S. citizens.) After six months, the "RHONJ" star husband was granted permission to travel and reside in his native Italy while waiting on the final decision of his deportation appeal.

The North Jersey Record said that Giudice came to the United States with his parents when he was just 1 year old, and that he obtained a green card, which enabled him to live and work in the U.S.

Wife Teresa said she once tried to get Joe to apply for U.S. citizenship but never made it a priority over the years.

“When I married him, I didn’t know," she said. "I remember I tried to make him, I tried to fill out the paperwork. It was never on my radar. It’s not like I married an immigrant and I’m like, ‘Oh my God, I have to make him an American citizen.’ Never thought of that at all.”

Speaking on the potential deportation, Giudice told Andy Cohen last week, “My mistake was I never became a citizen. That was stupid of me.”

“But when you’re raised here as a kid, you do everything here, not [a] big deal. You’re not a criminal. Busted my ass my whole life. Believe me, I was a hard worker and wasn’t one of these guys who sat around doing nothing all day. That wasn’t me,” he continued.