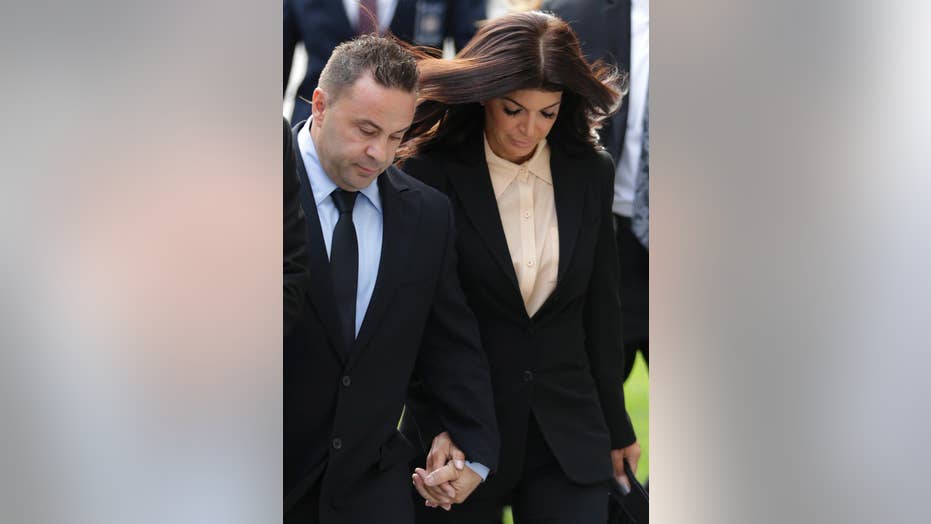 Joe Giudice knew trouble was waiting on the horizon when he and his wife, Teresa Giudice, joined the cast of the "Real Housewives of New Jersey."

"Housewives" producer Andy Cohen said in a new interview that Joe asked Bravo about the possibility of an IRS investigation.

"When Bravo was developing Jersey 'Housewives,' I think [Joe] said, 'Has the IRS ever come looking for anyone for doing any of these shows?'" Cohen told SiriusXM's "Radio Andy" (via Us Weekly).

On Sunday, Joe and Teresa Giudice sat down with Cohen for a tell-all interview. During the special, Joe admitted that he regrets joining the cast of the reality show, which premiered in 2009.

“I wish I never would have done it,” he revealed to Cohen. “I had a great life before. The show just brought a lot of attention to us. Just having a house like that alone just brings a lot of attention. I’ve never had so many damn lawsuits in my life ’til I got on that show”

Joe also claimed he had knowledge of "who went to the feds" after Teresa indicated her thoughts on her former co-star Caroline Manzo having something to do with the investigation.

In March 2014, Teresa and Joe, both now 47, pleaded guilty to 41 counts of fraud after being accused of engaging in bank, mail, wire and bankruptcy fraud. The married couple was allowed to serve their terms separately for the sake of their children—Teresa served 11 months in prison and was released in December 2015. Joe was sent to prison for a 41-month prison sentence in March 2016 and was released in March 2019.

After he was released, Joe was transported to ICE custody due to his not being a U.S. citizen. After six months, the "RHONJ" star husband was granted permission to travel and reside in his native Italy while waiting on the final decision of his deportation appeal.

'HOUSEWIVES' STAR TO DIVORCE HUSBAND AFTER FIVE YEARS OF MARRIAGE

“My mistake was I never became a citizen. That was stupid of me,” Joe explained during the tell-all. “But when you’re raised here as a kid, you do everything here, not [a] big deal. You’re not a criminal. Busted my ass my whole life. Believe me, I was a hard worker and wasn’t one of these guys who sat around doing nothing all day. That wasn’t me.”