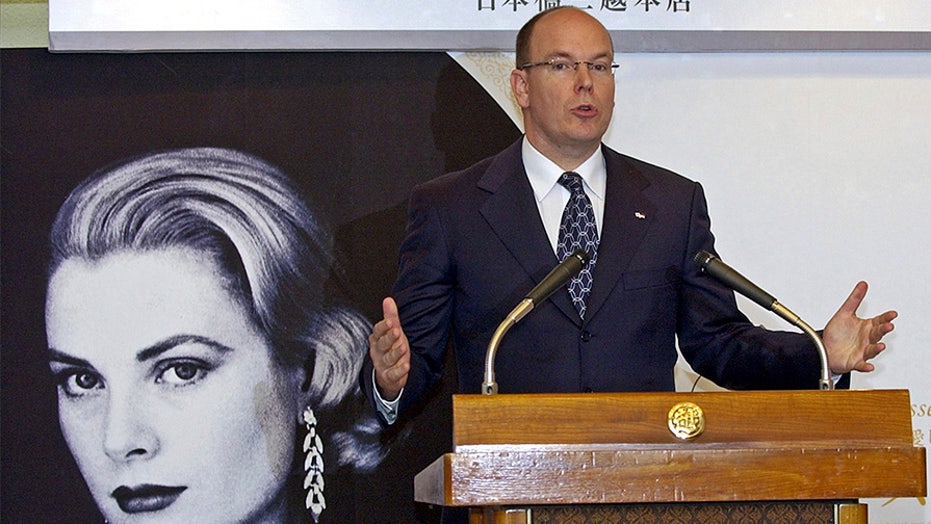 Prince Albert of Monaco II has recovered from the coronavirus after contracting it last month, his palace has announced.

Grace Kelly's second child, who is 62, appeared to be the first head of state who publicly shared he contracted the virus in March. Now, his palace confirms he is on the mend after spending more than a week in quarantine.

"H.S.H. Prince Albert II of #Monaco is now out of quarantine following his recent diagnosis of coronavirus. The Sovereign Prince spent more than a week self-isolating at the Palace after testing positive for COVID-19 and displaying mild symptoms. H.S.H. reminds the population of Monaco to vigorously respect and follow the confinement rules and requirements," the palace said in a statement to Fox News.

"Bravo! Prayers have been answered and my Father has announced he is healed and healthy from the devastating Corona Virus! He is now free to go quarantine with family:). This was very wonderful news to hear today!" Jazmin Grimaldi captioned two photos of her smiling dad waving to the public.

The prince's daughter added that while she is grateful for the positive news, she's still reeling about the devastation caused by the novel coronavirus around the world.

"However, my heart goes out to all the families and loved ones who have not been so lucky and have been and continue to be severely affected by the COVID-19! My thoughts and prayers are with you all!" Grimaldi's caption continued.

"Let’s beat this virus everyone and #STAYHOME and stay healthy, STOP the spread of Corona! Wear a mask and wash 🧼 up! Positive vibes everyone! 💕🙏🏻 Repost images from @hshmonacoworld"

Monaco's Prince Albert II, son of the late Princess Grace Kelly, speaks during a news conference after visiting an exhibition about his mother at a department store in Tokyo.  (AP Photo/Toru Takahashi)

In its initial statement, the palace shared that Albert was being treated by doctors from the Princess Grace Hospital, named after his late mother. It revealed the royal was continuing to work from his home office in the palace and is in constant contact with the members of his government.

The husband and father told People magazine he was "feeling OK" hours after testing positive.

"My symptoms are flulike, but it feels like a pretty mild case. I’ve a slight fever, not really that bad. A little bit of a cough. I’d a runny nose the first few days, that was the first sign," he told the magazine.

Despite his mild symptoms, Prince Albert initially said he was remaining cautious after fighting off pneumonia "a couple of years ago."

He and his wife, Charlene, Princess of Monaco, have twin children. The palace did not immediately respond to Fox News' request for comment.