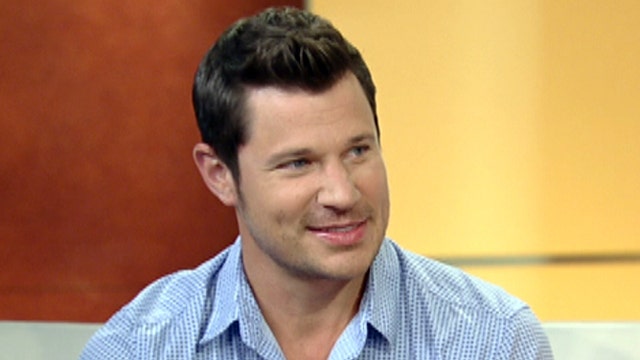 After the Show Show: Nick Lachey

NEW YORK – Nick Lachey is no stranger to the limelight.

He's been singing and dancing since the mid-90s -- along with his brother Drew Lachey -- in the boy band 98 Degrees. But before he started selling out concerts, the 45-year-old musician and TV personality was just a normal kid born in Kentucky and raised in Ohio.

Luckily, Nick and Drew had each other to lean on throughout all the ups and downs in Hollywood.

VANESSA LACHEY NOT UP FOR A REALITY SHOW WITH HUSBAND NICK

"You know, we're super close so it was awesome to be able to share all these experiences with somebody who is your best friend," Nick told Fox News last week in a phone call. "For us, it was super meaningful."

Nick, who is promoting his Subway Feeding America partnership to bring awareness to kids who are battling hunger across the United States, added: "We had each other's back for sure" during the height of their fame.

He admitted the hardest part about growing up on a stage in front of people was the loss of privacy but the positives about being able to "live your dream" outweighed the negative aspects of fame. "I'm always going to try to just be me and be natural and always be kind," he added.

Nick now shares son Camden, 7, daughter Brooklyn, 4, and son Phoenix, 2, with his wife, Vanessa Lachey, and even though his kids are growing up in a more privileged way than he did, he makes sure to keep them grounded.

"As they get older I think community service is a really important thing and that [having] perspective is huge," Nick explained. "So [my kids] need to know that they're very lucky and very blessed. It's important [to us] that they understand not everyone has these opportunities and has the life that they do."

And what if Nick's kids approach him and his wife about pursuing a career in music? The singer confessed he can't be a "hypocrite."

Nick would offer plenty of advice though -- "I kind of know the pitfalls of business."

"You [can] try and shield your kids from whatever pain you can and whatever problems," he continued, but ultimately, "I absolutely would support it."