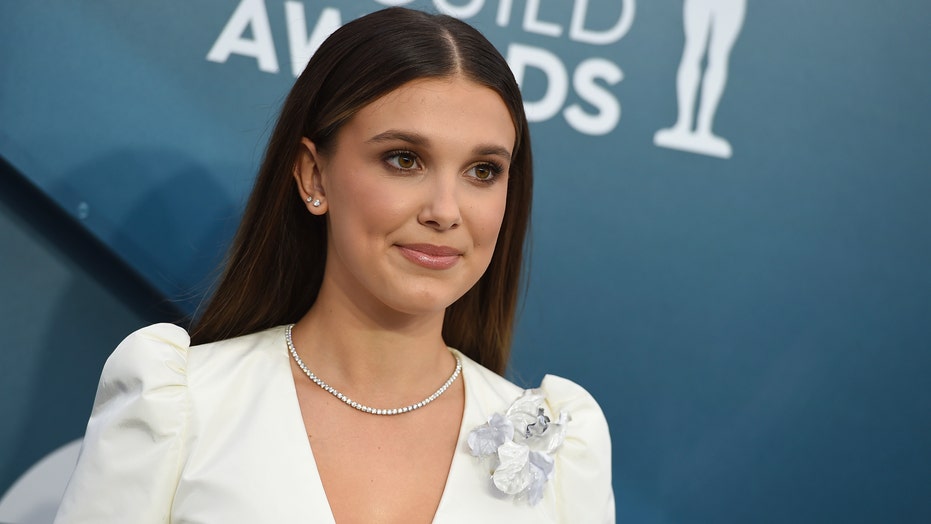 The "Stranger Things" star, who is just 15 years old, was criticized on social media for wearing an ensemble that was deemed too "mature" for the teenager. She wore a long-coat and pant combo designed by Louis Vuitton that featured a very deep V-neck cut in the front.

Critics of the look took to Twitter to express how they felt about the young star exposing too much skin.

"Her makeup and dress is what aged her. But tbh, this isn't the first time her team has put her in something that makes her looks 2x her actual age (which is 15). I think they're trying brand her in a mature image, but it's definitely cringey to see," wrote someone online.

"I love her but that dress was way too low," commented a concerned fan.

Another person said her styling team is to blame. "Millie Bobby Brown is 15 years old. Everyone who is responsible for this look needs to get fired."

Meanwhile, Brown told People on the carpet that the design was "everything I kind of wanted."

“I definitely wanted to go for a masculine, but very feminine look - and they got it right as per usual," she added.

The British star landed her career-making role of Eleven on the Netflix series in 2016 and she said it completely changed her life. “[My life has] changed drastically. It’s also been my forming years of being a teenager,” she said of growing up in front of the camera. “I think I’m becoming stronger... it’s difficult because I’m still growing.”