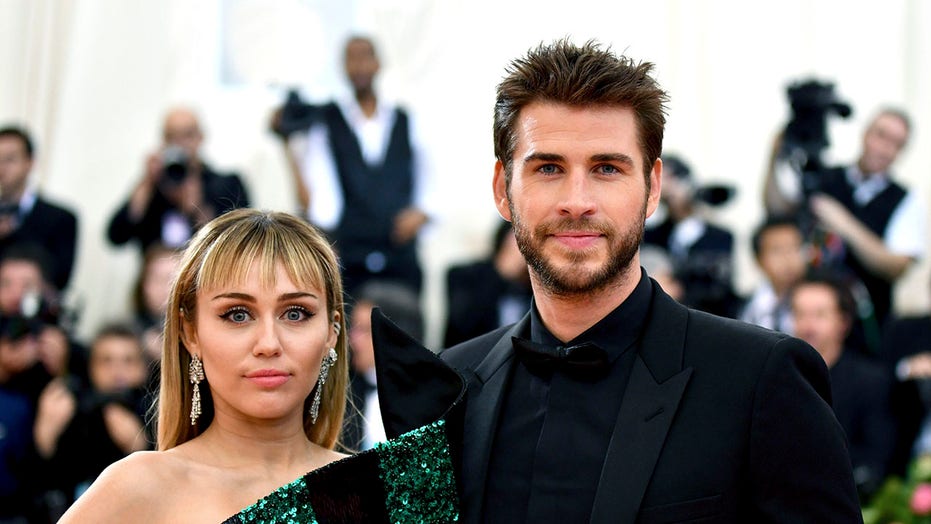 Court records show that a Los Angeles judge finalized their divorce on Tuesday, ending the pair's brief marriage. It was reported that Hemsworth, 30, and Cyrus, 27, had agreed on the details of their legal settlement in December.

At the time, a source close to Cyrus told People: "Miley is relieved that she and Liam reached an agreement when it comes to the divorce. She just wants to move on."

Hemsworth filed for divorce from Cyrus in August after nearly eight months of marriage. Hemsworth hired "disso queen" Laura Wasser to represent him in the split.

Around the time of the filing, sources told TMZ that Cyrus and the "Hunger Games" actor had a prenuptial agreement, so the division of property was likely not going to cause issues.

Cyrus and Hemsworth tied the knot in December 2018 after losing their Malibu home in a wildfire. They first met on the set of the 2010 film "The Last Song" and became engaged in 2012, only to end their relationship in September 2013. They rekindled their romance in 2015.

Reps for Hemsworth and Cyrus did not immediately respond to Fox News' request for comment.