In the latest complaint lodged against Meghan Markle by her estranged half-sister, Samantha Grant, the future wife of Prince Harry was accused of excluding several family members from her upcoming wedding.

Grant sounded off on Twitter against her little sister's decision to leave out many of their family members from her May 19 wedding to Prince Harry. She also claimed that she and Markle are 15th cousins with Harry.

"And it’s not only Meg who is 15th cousin to Harry. My brother and I are also. I was the first born Markle to my father. Exclude the [Markles] from this wedding would be highly inappropriate," Grant tweeted on Thursday alongside a family tree which she claimed proved the Markles are related to the royal family.

"At issue is not a matter of closeness as more than 1000 complete strangers are invited. Family is family," Grant tweeted on Wednesday. "I have an uncle I have only seen once but I would never say he is not family because we are not close. Humanitarians move forward with love and kindness especially to Family."

Meghan Markle and Prince Harry will marry on May 19 at St. George’s Chapel at Windsor Castle. (Reuters)

Grant followed up her tweet by saying, "Smoke and mirrors cannot hide the elephant in the room. Out of respect, tradition, and humanitarianism, the #Markles should be invited if 2000 complete strangers are invited. Our uncle who got her the internship, brother, me, best friend of 30 years Nikki Priddy, nephews. Fact."

The soon-to-be royal and Prince Harry have invited 2,640 people into the grounds of Windsor Castle. The majority of those invited, 1,200 to be exact, will be members of the public, nominated by local Lord Lieutenant offices.

The "Suits" actress reportedly has an estranged relationship with her older sister. Grant has spoken ill of Markle in the past, saying, "Hollywood has changed her. I think her ambition is to become a princess…The truth would kill her relationship with Prince Harry."

While Grant is ticked off at the actress, Markle's nephew Tyler Dooley harbors no hard feelings toward his aunt for leaving him off of the guest list.

Dooley told "Good Morning Britain" in March that he hadn’t gotten an invitation. 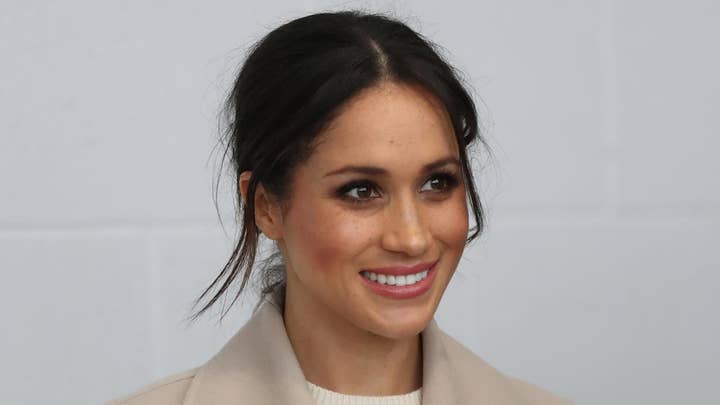 The Oregon native appeared on British morning show with his mother Tracy, who is divorced from Thomas Markle Jr. The mother-son pair said the royal-to-be used to babysit Tyler and his brother Thomas.

Tracy said, “I don’t think we are getting invitations, but that is fine, we are so proud of her.”

Tyler added he last communicated with the former “Suits” actress three years ago and it as an “honor” to see her become part of the royal family.

One family member that is rumored to definitely be in attendance is Markle's father, Tom, whom the actress reportedly asked to walk her down the aisle.