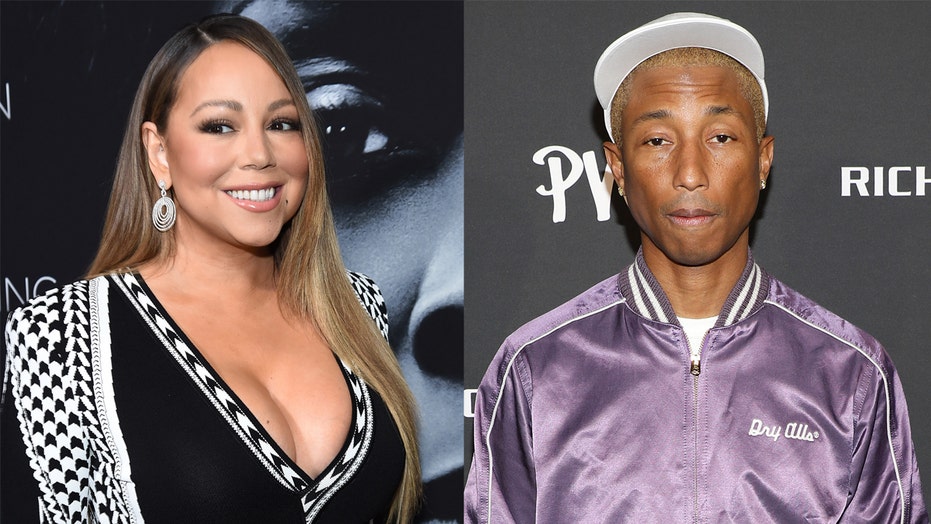 Mariah Carey is on a roll.

After becoming the first artist in history to have No. 1 hits in four separate decades, the songstress is et to join the Songwriters Hall of Fame.

WHITNEY HOUSTON, NOTORIOUS B.I.G. TO BE INDUCTED INTO ROCK AND ROLL HALL OF FAME

Carey began churning out hits in 1990 with "Vision of Love," which would be followed by 18 other No. 1 hits. Her most recent hit is "All I Want For Christmas Is You," which hit No. 1 for the first time ever 25 years after it was first released.

With 19 No.1 songs, Carey is only behind the Beatles, who have had 20 songs top the chart.

Pharrell and his Neptune partner Chad Hugo have written hits for the likes of Britney Spears, Justin Timberlake, Jay-Z and more.

Williams and Hugo, who met in the seventh grade, worked on No. 1 hits such as Nelly's "Hot In Herre," Gwen Stefani's "Hollaback Girl” and Snoop Dogg's "Drop It Like It's Hot.” The duo helped Britney Spears break out of her good-girl image in 2001 with the racy "I'm A Slave 4 U," one of the singer's traditional songs, and the hitmakers produced more than half of Timberlake's pivotal 2002 solo debut "Justified," including the hits "Like I Love You" and "Senorita.”

Williams has also found success on his own with the hit "Happy" from the "Despicable Me 2" soundtrack and with the hip-hop group N.E.R.D.

Twenty-four acts were nominated for the Songwriters Hall of Fame’s 2020 class, including Outkast, R.E.M., Patti Smith, Journey, Vince Gill and Gloria Estefan. Only six songwriters, or songwriting groups, are inducted each year.