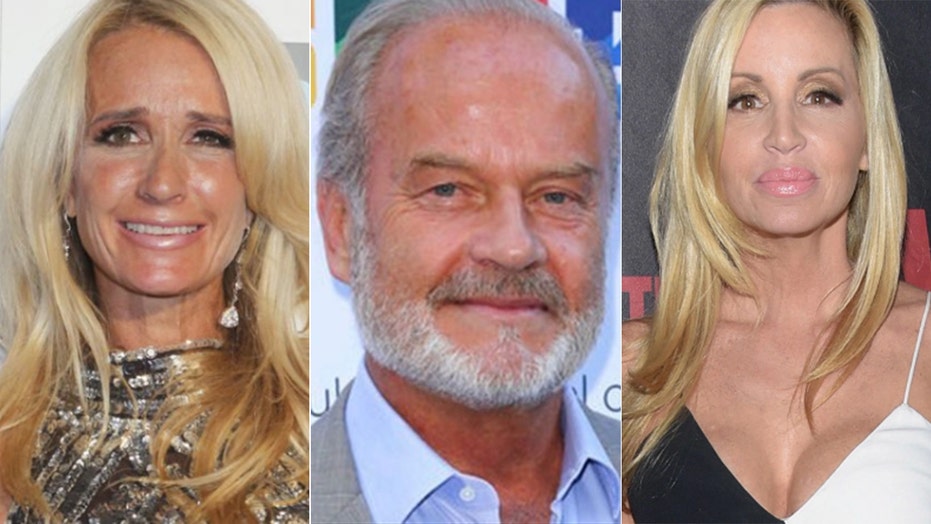 Kim Richards is defending her former "Real Housewives of Beverly Hills" co-star Camille Grammer after she was called "pathetic" by ex-husband, Kelsey Grammer.

In a new interview, Richards, 55, called Kelsey's recent remarks "terrible," admitting that "I don’t really like that guy."

"That’s terrible," Richards told HollywoodLife at BravoCon. "Maybe there’s something we don’t know. I don’t know. But I feel bad if that’s happening because nobody wants to be … Nobody likes that. And I don’t think that’s fair.

KELSEY GRAMMER SLAMS EX-WIFE CAMILLE AS 'PATHETIC,' CLAIMS SHE ASKED FOR DIVORCE ON DAY OF HIS MOM’S FUNERAL

"I never liked what he did to her. I don’t know him personally. I met him and I liked him when I met him, but I think what he did to her was pretty s—ty but I don’t know their story," she added. "So I only know what I saw. He could be a great guy and there could be a reason that I don’t know about. I was friends with her when that happened and I thought that was really not … But people cheat people, that happens, people leave. So maybe he’s a great guy, she’s a great girl. I don’t know. I just thought to do that publicly during that time was not very fair."

In a recent interview, Kelsey, 64, said of Camille: "Honestly, I don’t really talk about her very much because so much of her life is spent talking about me and I just think it’s sort of pathetic."

The former "Frasier" star went on to recall when he knew that they were headed for a split. He said the 51-year-old reality star demanded a divorce on the same day he laid his mother to rest.

Camille fired back at Kelsey last week on Twitter simply stating: "This is not true." She continued: "My parents were with us in the Hamptons when we received the news about his mom's passing. We consoled him and flew back to LA to make arrangements for her funeral.

"It’s unfortunate that he is rewriting history," she concluded.

According to Page Six, the Bravo star was awarded half of the 401(k) earnings Kelsey accumulated during the couple’s 13-year marriage, totaling $30 million. The ex-pair share two children — daughter Mason, 17, and son Jude, 14.

Camille would go on to marry attorney David C. Meyer in October 2018. Kelsey tied the knot with fourth wife, Kayte Walsh, in 2011. They share three kids.