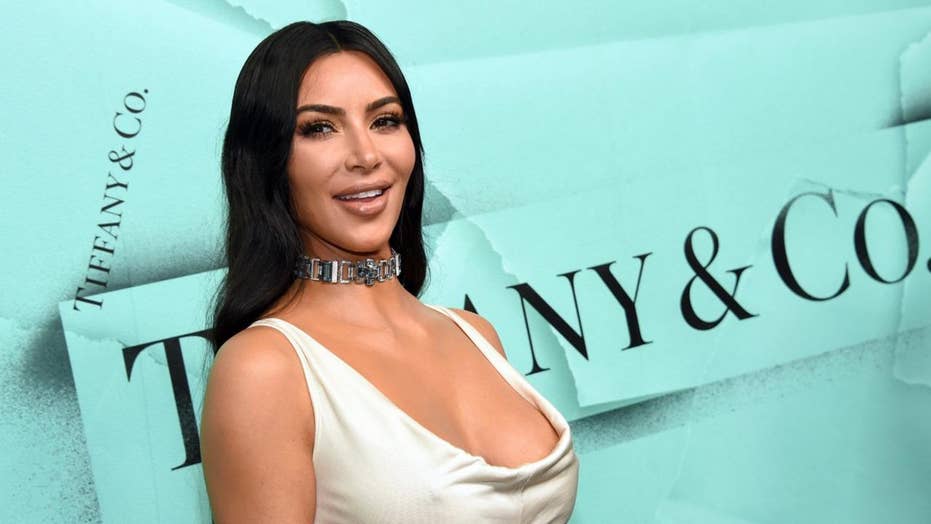 Kim Kardashian is under fire after making an offensive comment on social media.

On Wednesday, the "Keeping Up with the Kardashians" star documented herself at her sister Kendall Jenner's Halloween party asking guests if they knew who she and best friend Jonathan Cheben were dressed up as.

Kim Kardashian is under fire after calling people who didn't recognize her costume the R-word. (Reuters)

“Okay guys, we are Pam Anderson and Tommy Lee,” Kardashian, 38, said according to People.

“Nobody knows who we are here!" she continued. "You guys are all too f--king young. This is so sad.”

Per People, in a separate video, the KKW Beauty mogul is heard telling former assistant Stephanie Shepherd: “Nobody knows who I am. Yeah! R----d."

Kim Kardashian, dressed as Pamela Anderson, poses for sister Kylie Jenner's Instagram story. Kardashian is under fire for calling people the R-word after they didn't get her Halloween costume. (Instagram)

Fans immediately took to Twitter to express their distaste with the reality star's remark.

"Kim Kardashian should know better!!! Especially as a mother just add it to the list of reasons why I cant stand her!!! Idk why ppl especially adult women think its ok to use the word," one Twitter user wrote.

Tweeted another individual: "@KimKardashian how DARE you to used that word in any of your sentences. I bet you don't even know the meaning of it. You offend loved ones for families like mine . Your mouth is bigger than your A--. Ignorance."

"@KimKardashian Didn’t you learn from your Sister’s “MISTAKE” for using the R WORD. WHEN a Disability hits your family.. I’ll remember the Kardashian’s flippant attitude towards mental disabilities your apology is BS. UR AN A--HOLE!!!" wrote another social media user.

Following the backlash, Kardashian took down the video and apologized to her fans.

"I want to apologize for what I said in a recent video post that is inappropriate and insensitive to the special needs community," she said in a statement to E! News.

"I try to learn from my mistakes, and this is one of those times. Please know that my intention is always pure, and in this case, it was a mistake. I'm sorry."

KHLOE KARDASHIAN APOLOGIZES AFTER CALLING SISTER KOURTNEY R-WORD: 'I WILL DO BETTER'

Back in July, Kardashian's sister, Khloe, also faced backlash for using the R-word in an Instagram video.

At the time, the Good American founder was doing a morning workout with her sister Kourtney and their trainer. In the video, Khloe, 34, becomes frustrated with her older sister who was trying to sync their smartphones but seemed to be having trouble.

After fans called out the reality star, Khloe took to Twitter to apologize.

"Ugh I hate that word!" she wrote. "Why did I even say that? You are a million percent right and I actually greatly dislike when people use that word! I will do better! I am sorry! much love today. "