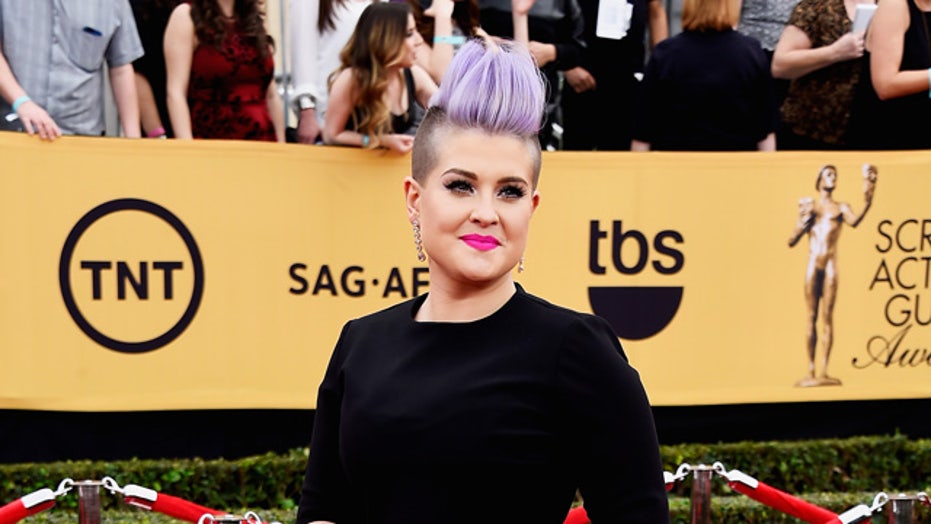 Sharon Osbourne is no fan of 'Baby its Cold Outside' remake

Kelly Clarkson and John Legend's remake of 'Baby it's Cold Outside' will likely not be played in the Osbourne home. Sharon Osbourne expressed her displeasure with the new version during a taping of her show 'The Talk.'

Kelly Osbourne is talking about the potential for a return to reality television for her family. This, some 15 years since “The Osbournes” went off the air.

“The first season was such a magical time in my family’s life because we had no idea what we were doing. We had no idea that the show would be so successful,” Osbourne, 35, told PeopleTV in an interview on Thursday.

“When I signed the contract for MTV, I was 15 years old and to see what it turned into, we didn’t know how people would perceive us or anything,” the former talk host explained. “And then suddenly wake up one day and literally be one of the most famous 16-year-olds in the world just being yourself.

"I think that is the most raw and vulnerable you will see any family on TV. And then it all kind of was like an explosion of too much reality for us," she noted.

The series aired for four seasons -- 2002 through 2005 -- and followed the lives of metal icon Ozzy Osbourne, his wife, Sharon, and their children Jack and Kelly. In an era of reboots and revivals aplenty, talk of this influential reality show's return has been inevitable.

During her interview, Osbourne claimed the family recently came extremely close to signing on for a revival of the series.

“I’m not joking, every single year about every three months or so someone else gives us another offer and we keep saying no,” she admitted. “It keeps coming around. Right now there’s another offer on the table and I think this is the closest we’ve ever come to accepting one, but whether that will happen or not, I don’t know.”

The former “Fashion Police” co-host said her family never made a big deal out of doing the show and explained that they’ve rejected so many offers in large part because they simply looking at their opportunities through a much different lens than they needed to when the show premiered.

“We’ve got other people to think about. My brother’s got three kids,” she said of Jack, who shares three young daughters with ex-wife Lisa. “Do we want that life for them without them being old enough to choose if they want to do it or not like my brother and I were?”

The former “Dancing with the Stars” contestant has been outspoken about her family’s storied history on television. On Wednesday, Osbourne was unmasked as the Ladybug during week six of “The Masked Singer” and said she has no regrets about doing the show, and even admitted that she hadn’t even told her father that she decided to sing in costume.

"I did the show because I took two whole years off. I've never done that with my career," Kelly explained Friday on “The Talk.” "To take that time off and fix what was broken, and get sober and now be the new me, but have to be the new me behind the mask was a great way to kind of step back into the limelight again."

"He found out yesterday," Osbourne added of surprising her father. "So when he watched last night, he was so shocked and excited about it. We knew that if he knew, it would be like the town cry."

She compared her time on “The Masked Singer” to her time on “Dancing with the Stars,” adding that both experiences abetted in her being able to discover her true self.

"'Dancing with the Stars,' I will always say was the most life-changing experience I have ever had," she said. "Having that experience still makes me emotional. This was, in a different way, a very similar experience, in the sense that, I found myself again doing this show."