If it were basketball, comedian Kathy Griffin might have been charged with a technical foul.

On Tuesday, Griffin reportedly deleted a Twitter message that included a photo of teens playing basketball that she captioned, "Covington's finest throwing up the new nazi sign,” a reference to the high school students seen in a viral video that showed the high schoolers with some Native Americans in Washington, D.C., over the weekend.

But what Griffin apparently thought was a white-supremacist hand gesture may have instead been a common and harmless "OK" sign, according to reports. The "OK" is typically seen on basketball courts after a player hits a three-point shot, the New York Post reported. 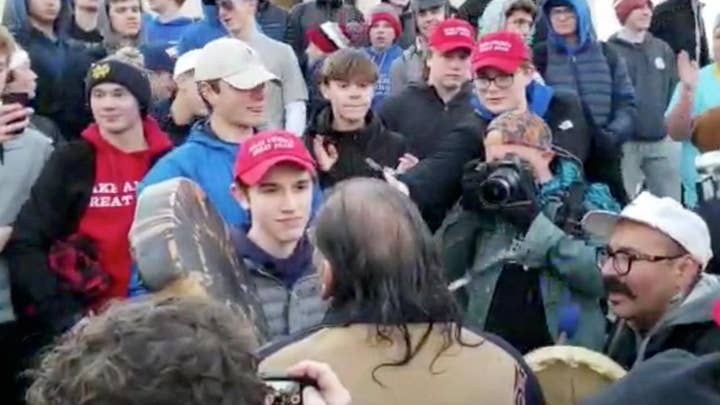 Griffin told the Post's Page Six that “MSNBC’s Chris Hayes was kind enough to reply and correct me, so I deleted the tweet.”

She had previously taken issue with the students of Covington Catholic, calling for them to be shamed for their behavior in Washington, D.C. But other reports surfacing later revealed a much broader story than much of the press initially reported.