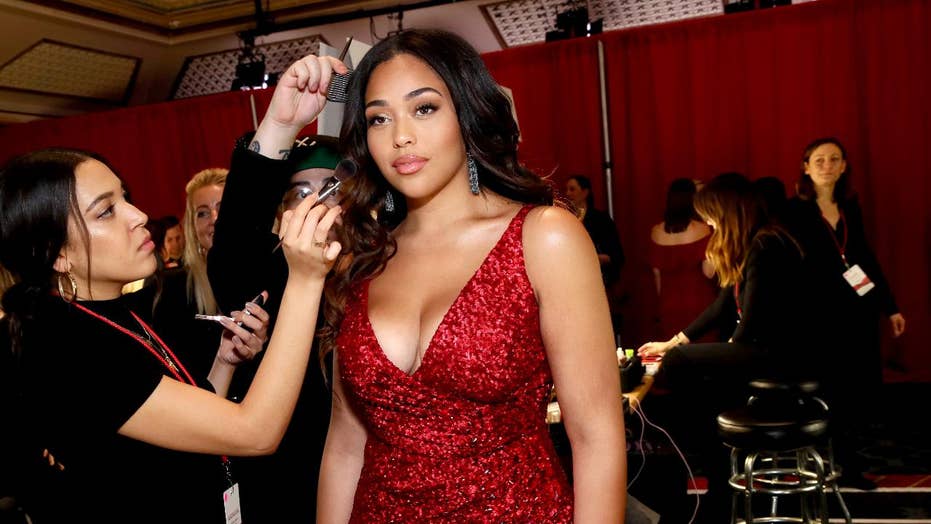 The best friend of Kylie Jenner finally spoke her truth after news broke last week that she hooked up with NBA player Tristan Thompson – Jenner's sister Khloe Kardashian's then-boyfriend and baby daddy – at a house party on Feb. 17.

Woods was interviewed by Jada Pinkett Smith on her Facebook Watch show, "Red Table Talk," which was published on Friday. It's the first time the public is hearing Woods' side of the story.

Pinkett Smith started the conversation: “I want to give you the opportunity to tell your truth and I want you to tell it through the lens of what your part has been because that’s the only part you can change."

Woods started by admitting that she went to dinner with friends and then went to a bar which Thompson was also at.

According to the 21-year-old, the group then went to a house party to continue the night, which took place at Thompson's house. Woods knew it was the basketball player's home and said she felt like that was a "safe environment" rather than a stranger's place.

Woods said that was her first mistake. “That’s my first step where I went wrong. [I wasn’t thinking about] how I would feel if someone close to me is hanging out at my ex’s house or the father of my child. I didn’t think about that. That’s the first part of the problem.”

"I should have gone home after the party. I shouldn't have been there," she added.

Woods said she was drinking and dancing with a group of people.

"Never once was I giving him a lap dance, making out with him, sitting all over him," she said. "We're all together, we're in a group. Never once did we leave the public area [to] go to a bedroom, to a bathroom. We're all in plain sight."

Woods claimed there were other girls with her at the party: "There was always somebody there while I was there. Even up until the moment that I left, there were people there."

When Woods was getting ready to leave, the story became "tricky," she said.

"I was never belligerently drunk to where I can't remember what happened," she cried. "I was never blacked out. There was alcohol involved. I was not tipsy. I was drunk but I was not beyond the point of recollection."

But she confessed that Thompson did kiss her. “On the way out, he did kiss me,” she said, but there was “no passion, no nothing... he just kissed me.”

She did clarify, “It was like a kiss on the lips, but no tongue kiss, no making out." Woods said she didn't know how to feel and walked out immediately after.

The model vehemently denied ever giving Thompson a lap dance or having sex with him. “Never. Never a thought, never a consideration, never happened, and never will,” she said. “And that’s why I’m willing to be put up to the test. Attach me to a lie detector, whatever it is. I need people to know the truth, and more importantly, I need the people involved to know the truth.” 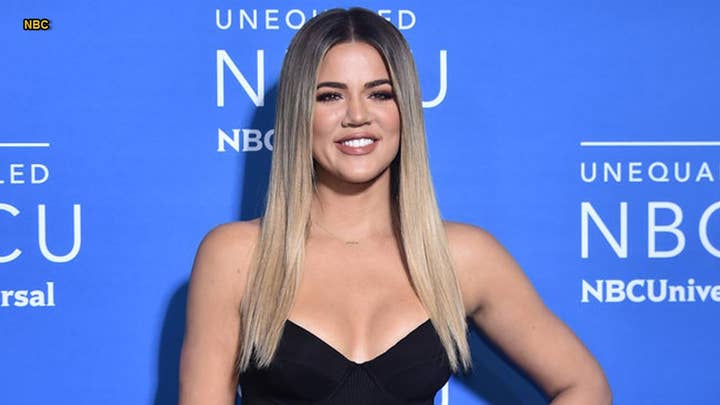 She insisted all she was doing during the party was sitting on the arm of the chair which he was sitting in and dangling her legs over his, but she said there was "never anything intimate" and "he didn't try to take me to [his] room."

The next day, she admitted she spoke to Kylie and Khloe in the morning but didn't tell them the full truth.

"I was honest about being there but I wasn't honest about the actions that had taken place," she said. And the reason why? "I was trying to protect Khloe's heart. It's not fair that she has to deal with this."

But she knew that a lot of "turmoil was going on" between Khloe and Tristan and she didn't want to "throw fuel on the fire."

“I didn’t tell the truth to the people that I loved,” she said. “Not because of malicious intent, but because I was just scared.”

Meanwhile, Kardashian watched the video interview in real time and went on Twitter to slam Woods, calling her a liar about what supposedly happened that night.

"Why are you lying @jordynwoods ?? If you’re going to try and save yourself by going public, INSTEAD OF CALLING ME PRIVATELY TO APOLOGIZE FIRST, at least be HONEST about your story. BTW, You ARE the reason my family broke up!" Kardashian tweeted.

"Tristan is equally to blame but Tristan is the father of my child," the 34-year-old added in a separate post. "Regardless of what he does to me I won’t do that to my daughter. He has been addressing this situation PRIVATELY. If Tristan were to lie publicly about what conspired, then yes I would address him publicly as well."

Later on in the show, Woods also made it clear that she is not involved with Tristan in a romantic way at all. "No communication, no relationship, no plans on meeting up, no conversation, nothing," she insisted.

And the drama took a toll on her as well. Woods said she didn't eat for days and didn't look at her phone. The reason why she went to Pinkett Smith and sat down at the table was because of safety concerns for her family. She claims she and her family are unable to go to work and school because of the backlash.

The Smiths have known Woods since she was born. Will Smith and Woods' father became friends after both working together on "The Fresh Prince of Bel-Air," where Woods' father was a sound engineer.

Meanwhile, Will and Jada's son, Jaden Smith, introduced Woods to Jenner when they were in middle school.

As for her friendship with Kylie, all Woods said was, "I have [spoken to Kylie]. I told her I was coming to the table. I think at this point it's gone too far. Enough is enough and when the safety of the people that I love is in jeopardy, I have to speak."

When it comes to her relationship with Khloe, it will take time to mend if it's even fixable at all. "I have spoken a little bit with [Khloe]," Woods told Pinkett Smith. "I let her know that I'm willing to do whatever it takes for her peace of mind... not for my image, not for my career. This is now for your peace of mind so you know that there was no malicious intent."

Khloe has dealt with Tristan's infidelity in the past. When Kardashian was nine months pregnant with their daughter, True, video emerged of Tristan allegedly making out with another woman in a Los Angeles club and entering a hotel together.