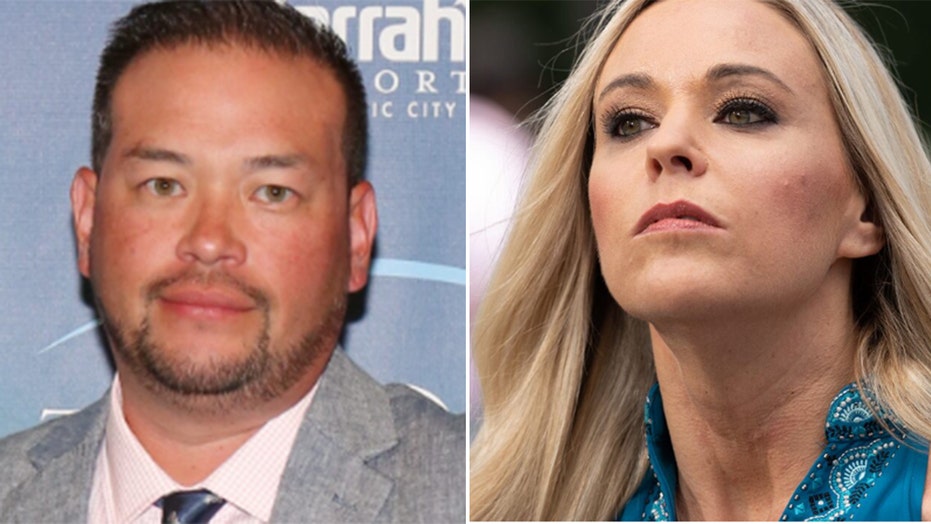 Jon Gosselin has slammed his ex-wife, Kate Gosselin, for failing to return to work as a nurse amid the coronavirus pandemic.

The 43-year-old reality star father blasted Kate, 45, for formerly talking about being a registered nurse but failing to step in and join those fighting the front lines of the COVID-19 crisis.

"I have no idea what she's doing for work. I mean, you think, she claims she has her nursing license, she'd be on the front line," Jon said in a video interview with the outlet. "That would be a good idea! Just saying!"

According to the outlet, Kate does have a nursing license that expires at the end of next year. Meanwhile, Jon praised his longtime girlfriend, Colleen Conrad, who he says works in the medical field and is in the hospital daily.

Jon also revealed that he's been working in a hospital apparently fixing printers and touching keyboards that he says "may be infected."

Meanwhile, he claimed as far as he knows, Kate is not stepping up to do her part despite her active nursing license.

"I can call her out right now. If you say you're this person then why aren't you doing something? There's people dying in need," he furthered.

Jon currently has custody of two of his and Kate's children, Hannah, and Collin, The mother of eight meanwhile has custody of four of the former couple's sextuplets, Leah, Joel, Alexis, and Aaden.

Jon Gosselin slammed his ex-wife Kate for failing to make use of her nursing license amid the pandemic. (FilmMagic/Getty)

The exes' two remaining children, Mady and Cara, both 19, live on their own and are enrolled in college.

The former "Jon and Kate Plus 8" star added that he's become frustrated with people who are not obeying social distancing and quarantining measures.

"They keep pushing the date and every state's different but when people don't listen, everyone's just going to stay unemployed," Jon, who lives in Reading, Pa., said.

Late last year, Jon and Kate were in the middle of another spat, this time in the courtroom. According to DailyMailTV, Kate was found in contempt of court after four of her minor children allegedly appeared on television without proper work permits.

She was allegedly ordered to pay Jon $1,500 in legal fees after going against a court order that stipulated she must provide her ex-husband a filming schedule if their underage children appeared on her TLC show, "Kate Plus 8."

A rep for Kate did not immediately respond to Fox News' request for comment.