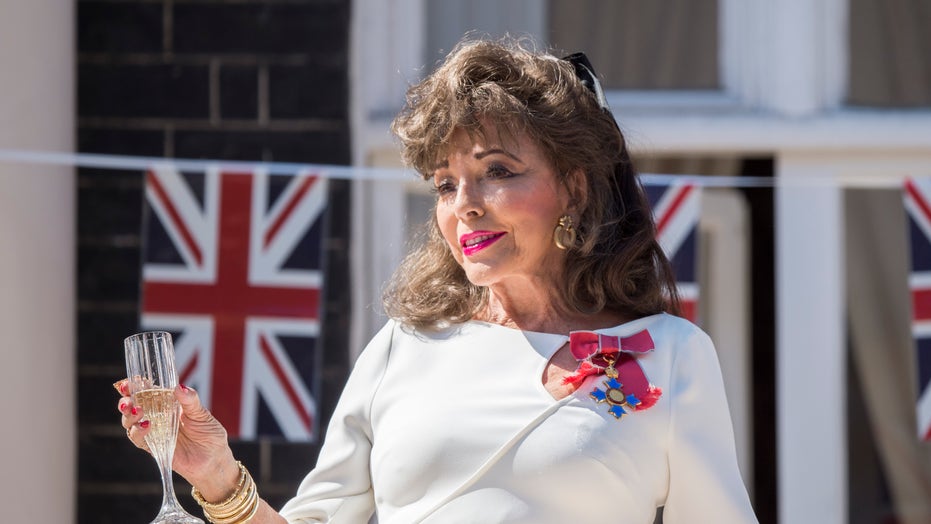 World War II has been on Dame Joan Collins’ mind.

The actress, whose childhood home was destroyed in the Blitz, recalled her experience on “Good Morning Britain” on Friday, to commemorate the end of the Second War in Europe on May 8, 1945 -- known as VE Day.

“I do remember the war a little bit, it’s coming back to me more in the last few weeks,” said the “Dynasty” star, as reported by U.K.'s DailyMail. “I was evacuated with my mother and her sister.

“I remember coming back to London during the pauses in the Blitz, but when we were there it started again,” continued the 86-year-old. “We went to a shelter in the Marble Arch tube station. We could go down and sit in this very convivial atmosphere [as] people passed around sandwiches and sang. The next morning we went back to our flat in Maida Vale and it had been completely destroyed.”

Collins said she has noticed some similarities between her experience in the war and dealing with the current coronavirus pandemic.

On the 75th anniversary of VE Day Dame Joan Collins leads a 'Nation's Toast' on behalf of the women of the nation who sacrificed so much for their country from her London home on May 8, 2020, in London, England. The UK commemorates the 75th Anniversary of Victory in Europe Day (VE Day) with a pared-back rota of events due to the coronavirus lockdown. On May 8th, 1945 the Allied Forces of World War II celebrated the formal acceptance of surrender of Nazi Germany.  (Photo by Antony Jones/Getty Images)

“I have been long concerned about this virus for a long time,” she said. “When I came from LA two and a half months ago in a mask and gloves I was derided by LAX staff, and by people when I was going to restaurants with wipes. In the war, I was evacuated 12 times. I never saw a banana until after the war. For a long time, we were in Brighton, we’d look out at the sea and the wonderful beaches and we couldn’t go out there. All you could see was barbed wire, rather like today.”

According to the outlet, Collins was 11 when VE was celebrated in 1945. The British icon said that she was never really scared of the war because she couldn’t quite understand it. And at school, both Adolf Hitler and Benito Mussolini were made out to be “cartoon characters.”

“VE Day was incredibly catching,” said Collins. “My parents relaxed for the first time. Daddy bundled us into his car and we went down to Piccadilly. People were dancing and singing. It was amazing. Everybody was so happy. It was a feeling of such relief.”

The outlet shared a two-minute national silence was observed to honor the British servicemen and women who gave up their lives during the conflict. It was led by Prince Charles and his wife Camilla, Duchess of Cornwall and broadcast from Balmoral, where they are isolating during the COVID-19 crisis.

For most people, the coronavirus causes mild or moderate symptoms, such as fever and cough that clear up in two to three weeks. For some, especially older adults and people with existing health problems, it can cause more severe illness, including pneumonia and death. The vast majority of people recover.

One of the best ways to prevent the spread of the virus is by washing your hands with soap and water. The U.S. Centers for Disease Control and Prevention recommends first washing with warm or cold water and then lathering soap for 20 seconds to get it on the backs of hands, between fingers and under fingernails before rinsing off.