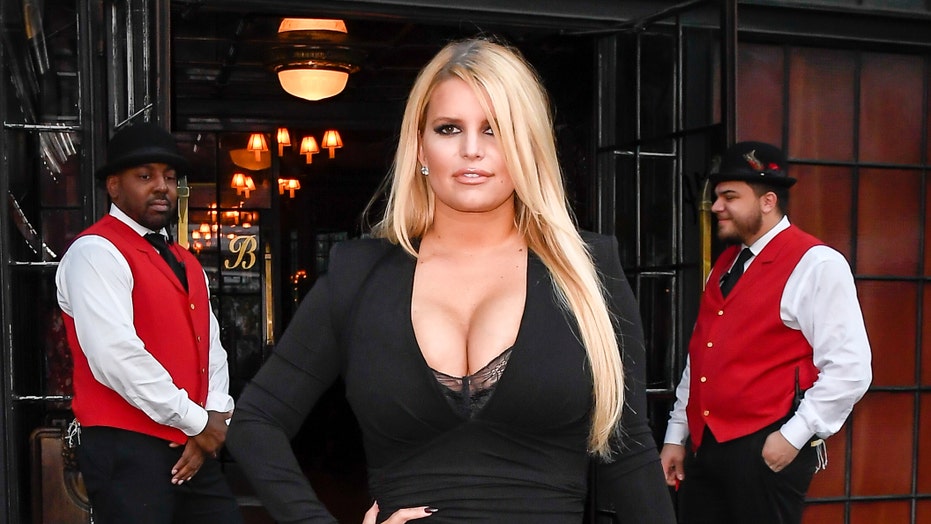 In her new tell-all memoir, Jessica Simpson claims that she turned down the lead in an iconic film because it would have required her to do a sex scene.

Simpson revealed that she passed on the chance to play the co-starring role in "The Notebook," according to quotes obtained by Entertainment Tonight.

The film came back to haunt her, however, following the announcement of her divorce from Nick Lachey.

JESSICA SIMPSON DESCRIBES HEART-BREAKING 'MOM JEANS' BACKLASH: 'I WAS TAKEN DOWN BY THE WORLD'

"The statement [about the split] went out while I was in the air, but nobody on the plane knew a thing, except that Jessica Simpson was loudly sobbing in first class," wrote Simpson, 39. "Then they announced that the movie we all had to watch was 'The Notebook.' 'Oh God,' I thought. The most romantic movie in the world and I was leaving Nick."

Simpson was familiar with the 2004 film because she claims she was sent the script. The role of Allie would eventually be played by Rachel McAdams.

Jessica Simpson said she turned down the iconic role in "The Notebook" because she didn't want to shoot a sex scene. (Photo by Raymond Hall/GC Images)

"I knew exactly what the movie was about because I had read the script but turned it down because they wouldn't budge on taking out the sex scene," explained the singer-actress. "And it would have been with Ryan Gosling, of all people."

In a different part of the book, Simpson explained that Gosling -- whom she had met years earlier during an audition for "The Mickey Mouse Club” -- was her first "hard crush."

In addition to "The Notebook," Simpson steered clear of other roles featuring intimacy during her relationship with Tony Romo, as he allegedly had asked her to do.

WHY NO ONE WANTED 'THE NOTEBOOK' ROLE

"One of the few parameters he put on the relationship was actually a big one: He didn't want me to do any movies that required an on-camera kiss, which basically ruled out any romantic comedy, the type of movie for which I was most likely to be cast," Simpson claimed in the book.

"I get it, some people can't handle another person making out with their girlfriend -- even for work -- but there were only so many plucky fish-out-of-water stories with no male romantic leads," she continued. "I think it was more about how he would be perceived, than the love scene actually happening. What would people think of him for allowing that to happen?"

Simpson said she felt Romo had a fear of her falling in love on the set of a movie after she had an "emotional affair" with Johnny Knoxville on the set of "The Dukes of Hazzard" while still married to Lachey, 46.

"I didn't have a good defense for that, I'll admit... But I would never have done that to Tony," she said.

Reps for director Nick Cassavetes declined to comment. Reps for Warner Bros., which produced the film and Romo did not immediately respond to Fox News' request for comment.