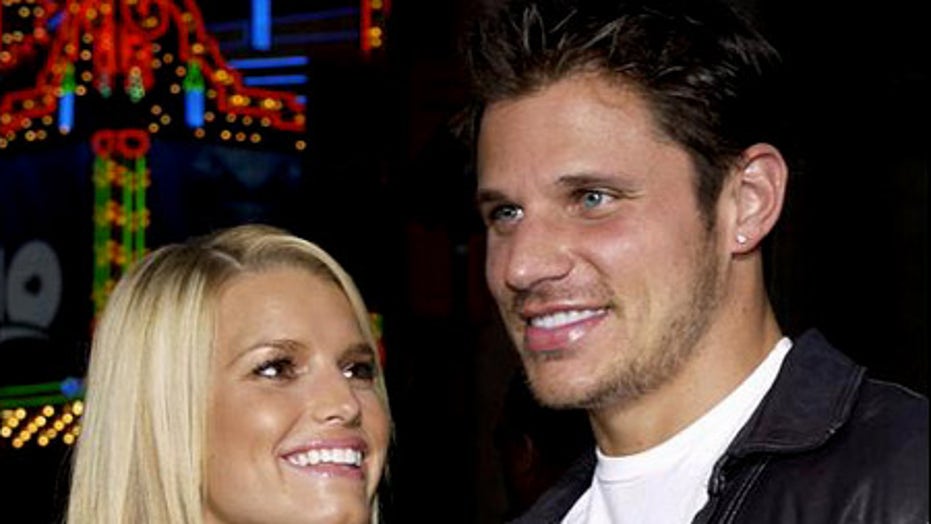 Nick Lachey is one of the subjects of Jessica Simpson’s memoir, “Open Book," and now he's breaking his silence about his ex-wife’s revealing tell-all.

Lachey, 46, and Simpson, 39, were married from 2002 until their public divorce in 2006. Ultimately, the pair would go on to marry different people, and Lachey was joined by his wife, Vanessa Minnillo, 39, on Monday on “Today," where he had nothing but praise for Simpson.

"I'll be honest, I obviously haven't read the book, so I don't know what she said or what she revealed there," Lachey said (via Entertainment Tonight). "But certainly happy for her in her life and I know she is happy for us. There is definitely a mutual respect there."

JESSICA SIMPSON DETAILS WHAT WENT WRONG DURING MARRIAGE TO NICK LACHEY: ‘I DIDN’T KNOW MYSELF’

Lachey also referenced Simpson’s current husband, Eric Johnson, adding: "Obviously it was a long time ago and we've all moved on.”

Simpson recently spoke out about the history she shares with Lachey, explaining in her book that she met the boy-band singer at a Hollywood Christmas party when she was just 18 and he was 25. In passages published by People magazine, Simpson said she was enamored by the musician and he felt the same way about her innocence.

“Nick loved the fact I was so strong in my faith and that I had this wide-eyed innocent approach to life," she wrote. "When he proposed in 2002, I said yes."

When their relationship was featured on the former couple's own reality TV program, “Newlyweds: Nick & Jessica,” from 2003 to 2005, Simpson revealed in her book that she felt she was lying to her fans by pretending everything with Lachey was perfect.

“We were young and pioneering our way through reality television, always miced and always on,” Simpson said. “We worked and we were great at it but when it came time to being alone, we weren’t great at it anymore.”

She continued: “We really got crushed by the media and by ourselves. I couldn’t lie to our fans and I couldn’t give somebody hope that we were this perfect golden couple.”

Still, Simpson said she cherishes her time with Lachey and added that she harbors no hard feelings towards her ex-husband.