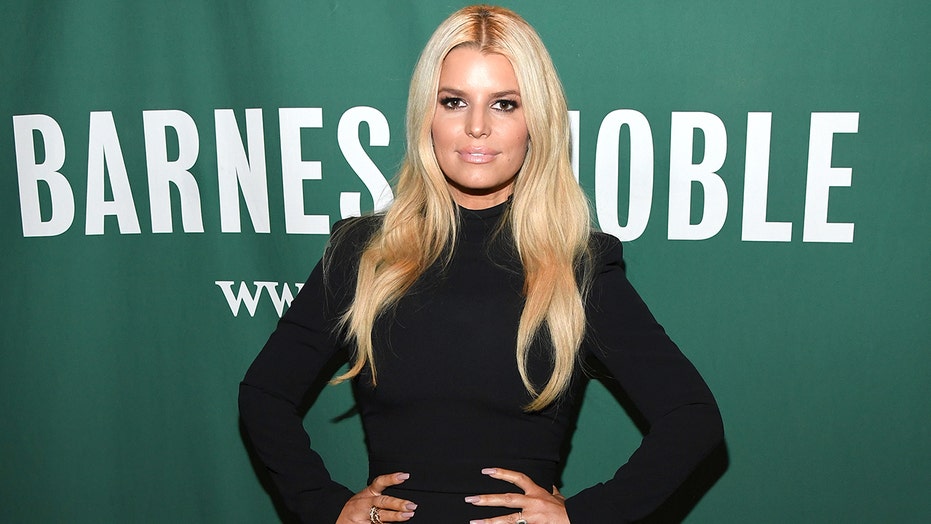 Jessica Simpson is clearing the air.

In a piece on the history of the Met Gala published by Vogue on Monday, the outlet's former creative digital director Sally Singer recounted a wardrobe malfunction that Simpson, now 39, suffered at in 2007.

In the excerpt, Singer said that Simpson's breasts "maybe fell out of her dress on the red carpet." The story also claimed that Simpson's then-boyfriend John Mayer "was putting his hands on [her breasts] at the dinner table."

SCOTT DISICK CHECKED INTO REHAB TO DEAL WITH HIS PARENTS' DEATHS, NOT SUBSTANCE ABUSE DESPITE REPORTS: LAWYER

On Tuesday, Simpson shared her opinion of the story on her social media accounts, calling the story "inaccurate."

"Feeling a little like Jayne Mansfield after reading this (inaccurate!) oral history of the #MetBall where I am body shamed by #SallySinger," the singer wrote alongside the iconic black-and-white image of a young Sophia Loren scowling while appearing to look at Mansfield's breasts.

"But in all seriousness I have persevered through shaming my own body and internalizing the world’s opinions about it for my entire adult life," Simpson continued. "To read this much anticipated article about the classiest fashion event there is and have to be shamed by another woman for having boobs in 2020 is nauseating."

The night in question was during the 2007 Gala, themed "Poiret: King of Fashion."

That evening, Simpson wore a sleek silver gown that faded into gold at her knees. The dress featured a plunging neckline.

In a statement obtained by Entertainment Tonight on Tuesday, Vogue apologized, saying: "We are sorry that Jessica felt body-shamed by the anecdote in our Met piece. That was never our intent, but we understand her reaction and we apologize for including it."

In the same Vogue piece, Simpson was mentioned by Michael Kors, who remembered that at one point during the night, Simpson went to the bathroom and was gone "for quite a while."

Kors, now 60, said that he went to the bathroom to look for her.

"... I opened the door, and it was basically a full party going on and I didn’t see her," he said. "She was in a stall because her zipper broke and she actually couldn’t close her dress. So we got a needle and thread and we sewed her back into the dress!"