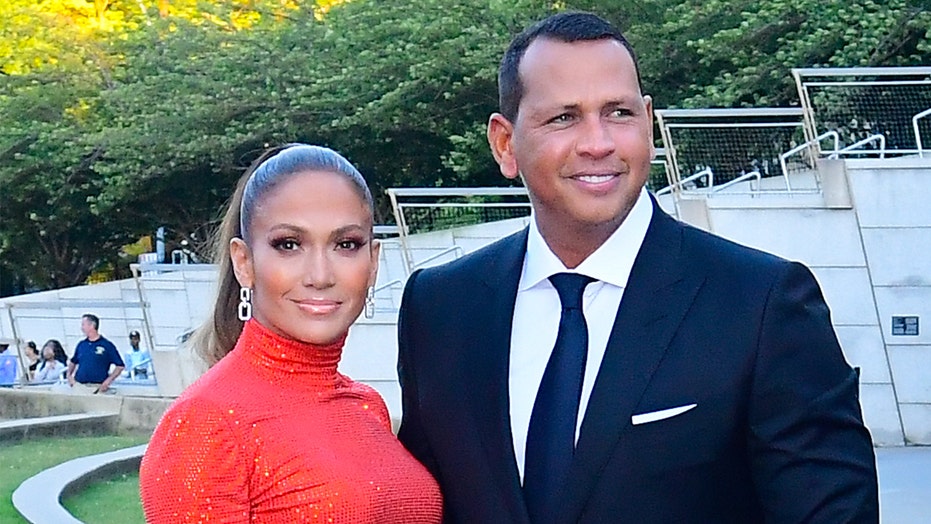 Jennifer Lopez and Alex Rodriguez engaged in a viral challenge that saw them switch outfits in a hilarious TikTok video.

The engaged couple appeared together in a video that first appeared on her TikTok account in which they do the viral “Flip the Switch” challenge that’s been trending on social media. The challenge has users swap clothes to the tune of Drake’s “Nonstop.”

The “Hustlers” star appears in the video posing in front of a mirror while doing a sultry dance. She’s sporting a formfitting backless white belted dress with long sleeves. She dances next to the former MLB star, who stands somewhat expressionless while recording in a navy blue blazer, khaki pants, a white shirt and sunglasses.

Per the challenge, when Drake drops the lyric “I just flipped the switch” the video does a jump cut and the duo switch places and clothes. Suddenly, Rodriguez is the one doing the sultry dance dressed in his soon-to-be-wife’s white dress. Despite being significantly taller than Lopez, the dress fits surprisingly well. Meanwhile, JLo becomes the one recording wearing her husband’s getup, which looks noticeably big on her.

The video abruptly ends once Rodriguez starts to show hints of laughter.

The MLB star shared the video on his Instagram as well. The silly post comes almost exactly one year after he took to the social media platform to announce to the world that he’d popped the question to the 50-year-old artist.

The pair officially celebrated their two-year anniversary on Feb. 4 of that year, and the former Seattle Mariner, Texas Ranger and New York Yankee shared a heartfelt message to his now-fiancée.

“Only 730 days, which have flown by, but it feels like we have been together forever. We are meant to be, and how much you mean to me cannot be put into words,” A-Rod wrote at the time.