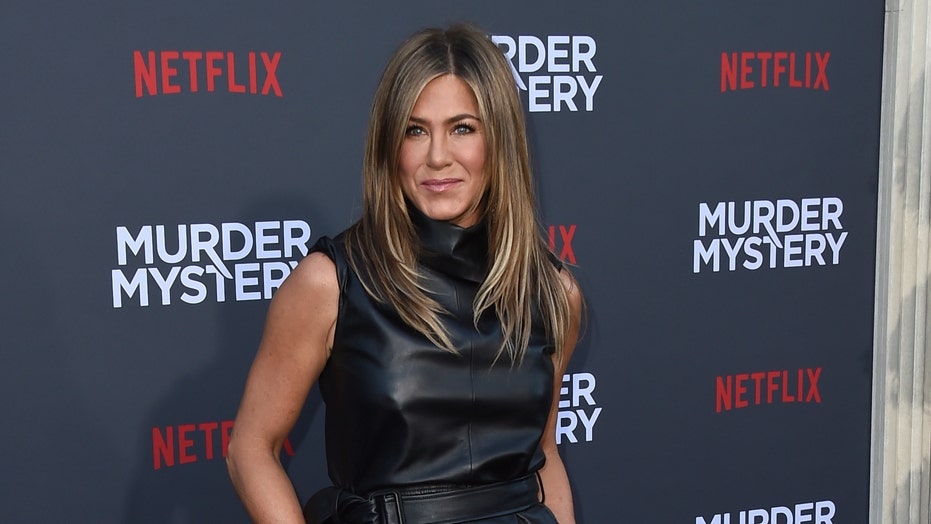 The former “Friends” actress appears on the October 2019 multicover issue of InStyle. The star is featured in a variety of looks and poses, in images released in advance this week to the official InStyle Instagram.

“Jennifer Aniston has been a beacon of American glamour for the past 25 years, and now she’s stretching her boundaries. In a series of five newsstand covers (just try to choose a favorite), she channels iconic beauty looks from the ‘60s and ‘70s,” the first image’s photo caption reads.

However, what’s getting more attention than the fashion from commenters is the fact that the actress appears very airbrushed in some of the snaps. A handful of commenters quickly seized the opportunity to call the magazine out for heavily editing the image.

“Beautiful cover, but why is she ten shades darker than she really is,” one user wrote.

JENNIFER ANISTON REVEALS WHO SHE HAS A CRUSH ON: 'HE'S LIKE A SILVER FOX'

“k but where is Jennifer Aniston? This ain’t her,” another wrote.

“Where is the lovely Jennifer Anniston? This photo editor should be fired,” a third user commented.

“She is gorgeous n has natural beauty. What u did to her on this cover is insulting to her,” someone else noted.

While there are several users lambasting the magazine for photoshopping the actress’ natural beauty, most of the comments across all five cover images are positive and complimentary toward the actress.

The star is of course best known for her role as Rachel Green on the hit 90s sitcom, but this year she’s changing things up by taking on an entirely new role in Apple’s forthcoming streaming series “The Morning Show.” In it, she plays a daytime host who is thrust into the public eye after replacing a longtime TV personality who has been accused of sexual misconduct.

“The show gives you a behind-the-curtain peek at a lot of things — what it takes to pull off a morning show, the unique lifestyle of these anchors, the obsession with celebrity culture, and humanity in the midst of corruption. Plus we’re addressing the ugly truths of how men have treated women in our society, particularly in the workplace, for all these years,” Aniston told InStyle of the series. “We’re looking at the ways in which we’ve all normalized this behavior and how we’re all by-products of our environment, having grown up with sexism encoded in our messaging, however extreme or subtle. This show looks at how a culture of silence can slowly evolve and how we sometimes participate without even realizing it.”