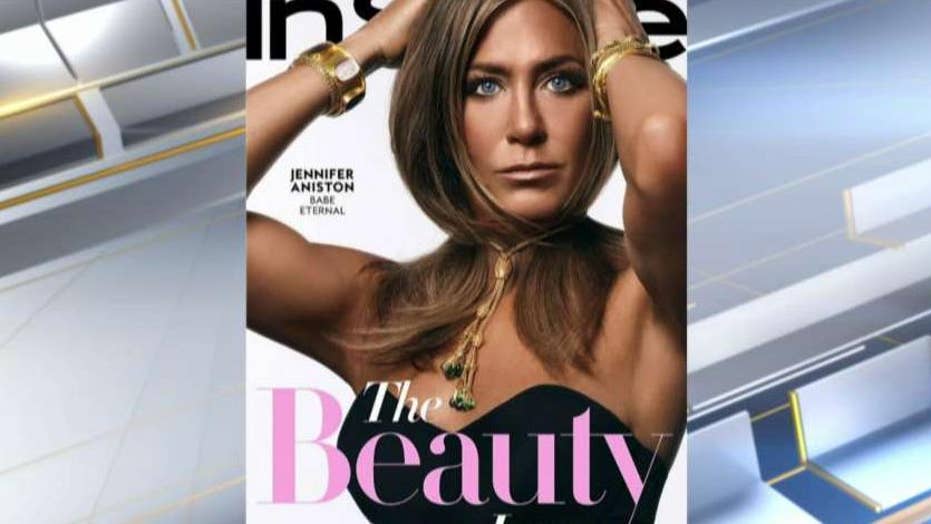 The 50-year-old star spoke with Variety about her experience dealing with Weinstein before numerous women came forward with allegations of sexual assault against the Hollywood big shot. Aniston explained that she didn’t personally experience any sexual misconduct from Weinstein, but she saw other “piggish behavior.”

Aniston revealed that she met Weinstein for the first time while working on "Derailed" with Clive Owen.

“There was the premiere dinner. I remember I was sitting at the dinner table with Clive, and our producers and a friend of mine was sitting with me," Aniston said. "And he literally came to the table and said to my friend: ‘Get up!’ And I was like, ‘Oh my gosh.’ And so my friend got up and moved and Harvey sat down. It was just such a level of gross entitlement and piggish behavior.”

She detailed another encounter in London in which Weinstein pressured her to sport clothes by his now-ex-wife, Georgina Chapman.

“I remember, right when [his ex-wife] Georgina’s clothing line Marchesa was starting," Aniston said. "That’s when he came to visit me in London while we were shooting. He’d be like, ‘Ok, so I’d like you to wear one of these to the premiere.’ And I went through the book, and at the time, it wasn’t what it is today. It was not for me. He was like, ‘You have to wear the dress.’ That was my only bullying. And I was like, ‘No, I will not wear the dress.’”

“Well, what was he going to do? Come over here and make me wear it?!” she added.

JENNIFER ANISTON IS TOO 'BUSY' TO DATE, DOESN'T LIKE 'BEING SET UP'

Revelations about Weinstein in 2017 are largely credited with sparking the #MeToo movement that saw many powerful men in showbusiness face allegations of sexual misconduct. The movement has been at the forefront of Aniston’s mind thanks to her new Apple TV+ series “The Morning Show,” which tells a fictionalized story that mirrors the controversy over Matt Lauer’s exit at NBC’s “Today” show.

“The Morning Show” stars Aniston, Reese Witherspoon and Steve Carrell, with “The Office” funnyman portraying what appears to be a made-for-TV version of Lauer. The official trailer begins with Aniston’s character – also a news anchor – delivering a familiar message to viewers.

“Good morning, I’m bringing you some sad and upsetting news, and while I don’t know the details of the allegations… my co-host and partner of 15 years was fired today,” Aniston’s character says as the trailer cuts to Carrell’s character smashing his television.

“What’s so wonderful about doing this show is that it is so unapologetically honest in terms of topics and the situations. It’s basically showing all sides,” Aniston told Variety of her role. “It’s showing how things are said behind closed doors during Me Too, that no one else has the balls to say in front of the world.”