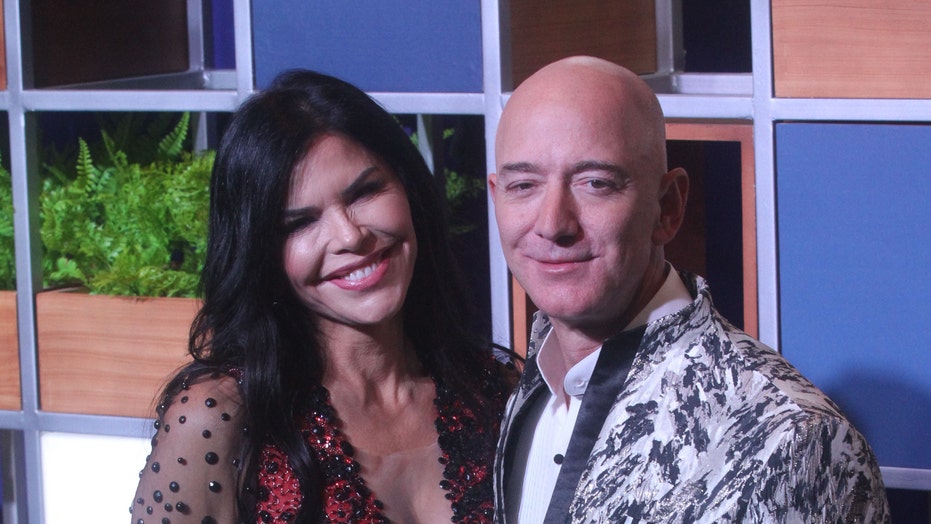 After months of being spotted together in public, Amazon CEO Jeff Bezos and Lauren Sanchez have made their red carpet debut as a couple.

Bezos, 56, and Sanchez, 50, appeared arm-in-arm at an Amazon Prime Video event in Mumbai, India, on Thursday.

Bezos wore a unique black-and-white tuxedo jacket with black pants while Sanchez donned a black-and-red gown with sheer sleeves and a deep neckline reaching her stomach.

ADAM SANDLER REVEALS WIFE JACKIE'S ADVICE FOR HIS ONSCREEN KISSES: 'JUST GET IN THERE'

"We’re told one was an intimate dinner for family on Dec. 19 — Sanchez’s birthday — followed the next night by a huge bash with guests including Katy Perry and Orlando Bloom, Scooter Braun and wife Yael, Barry Diller and DVF and Timothée Chalamet," the outlet reported. "A guest exclusively told us: 'Jeff and Lauren looked happier than ever.' Two days later, the lovebirds were canoodling in St. Barts, arriving on David Geffen’s $200 million yacht, Rising Sun."

News of the couple's relationship broke in 2019.