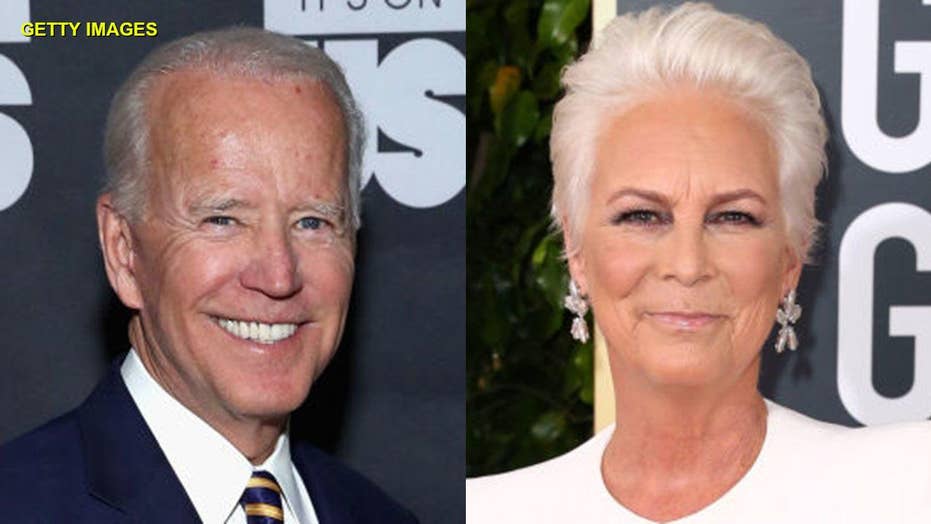 'Halloween' actress Jamie Lee Curtis is calling out former Vice President Joe Biden for his role in the 1991 Senate confirmation hearings for now Supreme Court Justice Clarence Thomas saying he should apologize to Anita Hill. Curtis said in a tweet on Wednesday that Biden should, 'go to her house and apologize to her face.' This comes after recent comments by Biden bemoaning his own role in the confirmation hearings.

On Wednesday, the "Halloween" star took to Twitter, telling the potential 2020 Democratic candidate to apologize to Hill for his part in the 1991 Senate confirmation hearings, which placed now-Justice Clarence Thomas on the U.S. Supreme Court amid allegations that he sexually harassed Hill when they were colleagues.

"Come on @JoeBiden," Curtis, 60, wrote. "Just CALL Anita Hill and then GO TO HER HOUSE and APOLOGIZE to her FACE. The longer you wait the worse it gets."

The actress' comments came shortly after Biden, 76, bemoaned his own role in the Supreme Court confirmation hearings that undermined Hill's credibility nearly three decades ago.

"To this day I regret I couldn't come up with a way to give her the kind of hearing she deserved," he said Tuesday night at a New York City event — hosted by the Biden Foundation and the nonprofit group It's On Us — honoring young people who helped combat sexual assault on college campuses.

“I wish I could have done something — I opposed Clarence Thomas’ nomination, and I voted against him,” Biden continued, according to Vox. "But I also realized that there was a real and perceived problem the Committee faced: There were a bunch of white guys.”