During a March "Hot Topics" segment on her eponymous show, Williams, 54, said Stern, 65, had "gone Hollywood," but was clear to note that the self-professed King of All Media and Oprah Winfrey were two of her biggest inspirations. She also encouraged her viewers to pick up his new book.

Williams' relatively innocuous commentary set Stern off, and he lambasted her career, her work ethic, her appearance, her now-ending marriage and even her health problems. Now, Stern is apologizing for his overreaction.

“That was me at my worst. I thought she was saying that I was a piece of s—t and I sucked. But now, I don’t see it as an offense at all,” Stern told The Hollywood Reporter, adding that he yanked the incendiary rant from his show's archives. “If ‘Hollywood’ means that I’ve evolved in some way and the show has changed, then yeah, she hit the nail on the head.”

KEVIN HUNTER OUT AT 'WENDY WILLIAMS SHOW' AMID DIVORCE 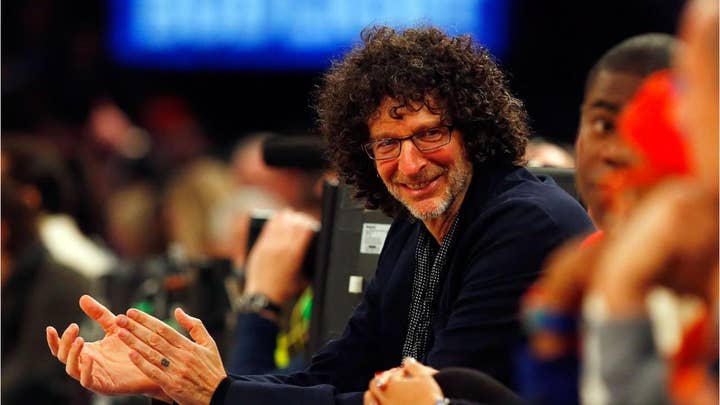 Williams, for her part, was very forgiving of Stern, saying on her show Monday, “By the way, Howard, I read the article with you on the cover of The Hollywood Reporter, and I saw that you mentioned me and that you apologized. Howard, you know what, if you never apologized to me ever in your life, you would still be one of the most influential people in shaping my career — you and Oprah, that’s it.”

HOWARD STERN SAYS HIS CONVERTIBLE MADE HIM LOOK 'LIKE BIG BIRD'

“The idea that you apologized — he went on the air and ripped me a new one for no damn reason, because I knew I was right — then in this article in Hollywood Reporter, it was a thick article, he goes on to say that he loves me and that I might’ve seen something in him that maybe he didn’t see,” she explained. "He’s kind of embarrassed for ripping me on the air, so he’s pulled that from the archives. You’ll never hear that on repeat."