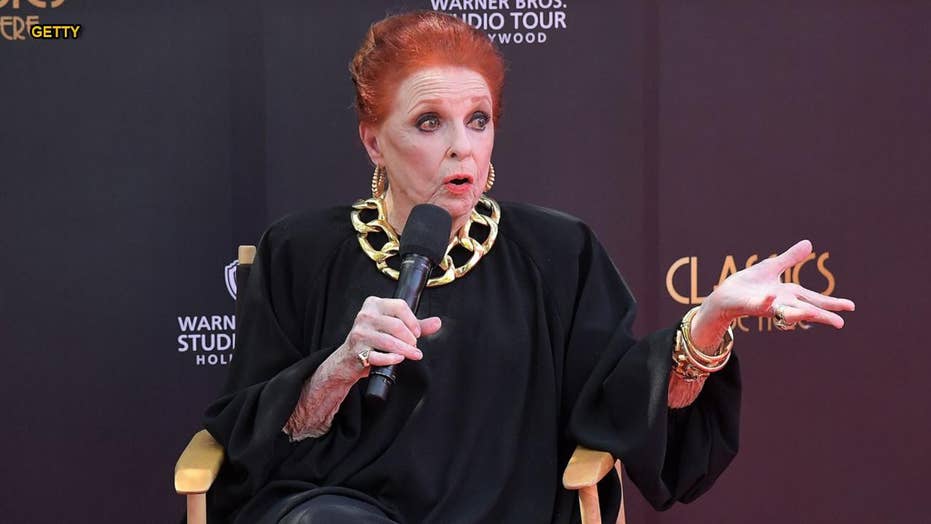 Broadway legend Carole Cook implied she wants to see President Trump get assassinated, asking 'Where's John Wilkes Booth when you need him?' when approached by a cameraman in Los Angeles.

Broadway legend Carole Cook implied she wants to see President Trump get assassinated, asking “Where's John Wilkes Booth when you need him?" when approached by a TMZ cameraman in Los Angeles on Sunday night.

The 94-year-old Cook’s comment delighted her husband, who quickly reminded viewers that John Wilkes Booth killed a president, who was obviously Abraham Lincoln.

“Where is he when you need him?” Cook asked again before someone off camera asked, “So we need to kill President Trump?”

The United States Secret Service did not immediately respond to Fox News’ request for comment.

TMZ approached the famed actress to get her thoughts on Timothy R. Hughes, a cast member of the hit Broadway musical "Frozen," who recently snatched a pro-Trump sign from someone who held it up in the audience.

Cook was not familiar with Hughes’ action but clearly shares his disdain for the president. Her husband appeared to know exactly what Cook was going to say and TMZ noted that it appears to be “something they've said before.”

The "Frozen" cast was taking the stage for a curtain call last week when someone in the crowd displayed a sign that read “Trump 2020” and Hughes, who portrays the character Pabbie in the Disney musical, grabbed it from the audience member's grasp and threw it off stage.

Hughes later shared a short clip of the moment on Instagram, insisting that he would “not apologize” for his behavior toward “the disrespectful man trying to interrupt this moment with a pathetic political platform.”

Cook has been in show business for over half a century, appearing in everything from Lucille Ball’s “The Lucy Show” to “Grey’s Anatomy.” She has starred in a variety of Broadway productions including “Hello, Dolly!”