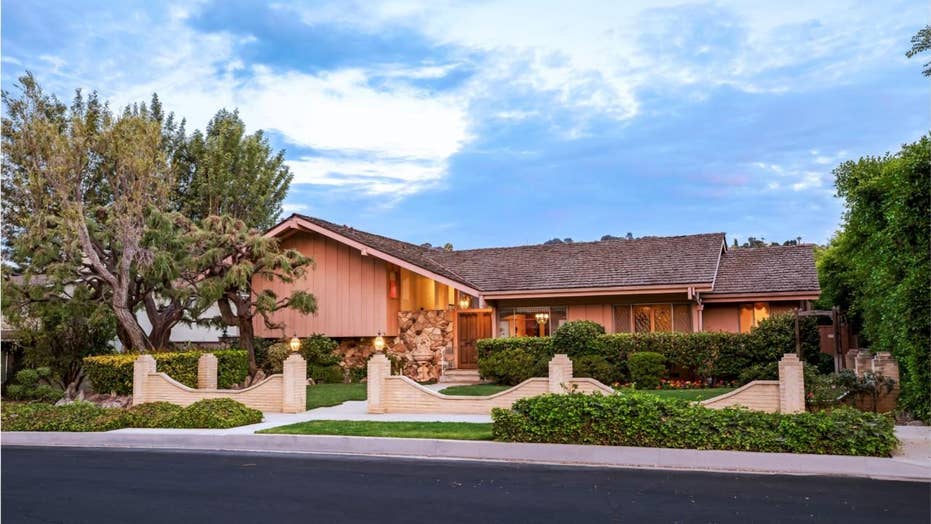 The renovation of the "Brady Bunch" home is underway!

In the picture, the group is seen hard at work renovating the master bedroom of the home that was featured in the '70s show's opening and closing.

Along with McCormick and Knight, other "Brady Bunch" alums — Barry Williams (Greg), Eve Plumb (Jan), Mike Lookinland (Bobby) and Susan Olsen (Cindy)  — are all expected to appear on the network's new show.

According to People, the former Bradys will reportedly work with HGTV designers to revamp different parts of the residence.

“You know when there are times in your life where everything comes together and it just feels like it was so meant to be and everything feels right?” McCormick told the outlet in November. “That’s how this feels.”

The inside of the home, which was bought by the network, doesn’t look like what was depicted on the show, which ran from 1969 to 1974, according to The Associated Press. Interior scenes were shot in a studio.

HGTV plans to expand the home without compromising its street view and reimagine the show's interior design, the outlet reported.

Other HGTV stars participating in the show are Mina Starsiak Hawk and Karen E. Laine from “Good Bones,” Leanne and Steve Ford from “Restored By the Fords," Jasmine Roth from “Hidden Potential” and Lara Spencer from “Flea Market Flip."

“This is going to be an amazing year,” McCormick told People. “They’ve taken the greatest HGTV stars who are all so nice. You can just see their hearts, which I love. They’re beautiful people and I think they’re going to do an amazing job on this. I can see that they really care.”