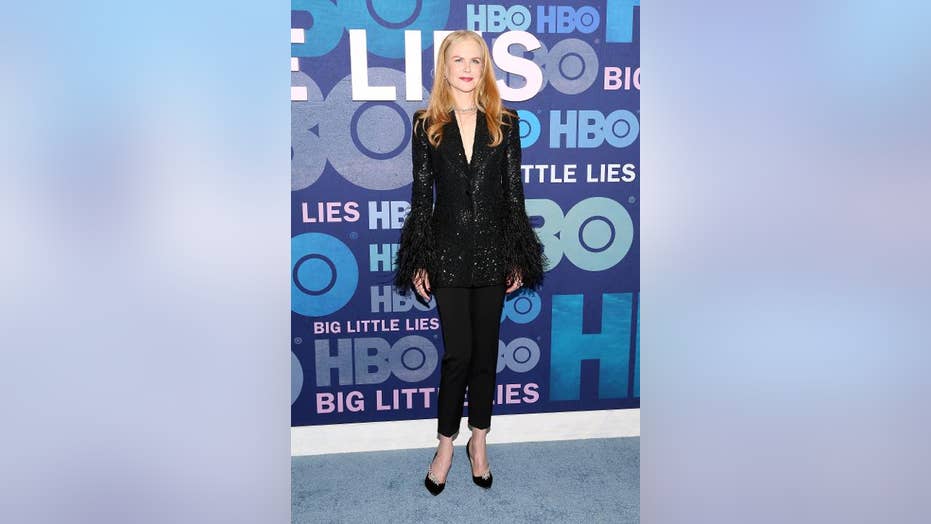 The actress and executive producer says Streep signed on without reading any material.

Time to rip off the Band-Aid: "Big Little Lies" may never be back following next week's finale.

The HBO hit, which boasts a stellar cast including Oscar winners Meryl Streep, Nicole Kidman and Reese Witherspoon, plus Laura Dern, Zoë Kravitz and Shailene Woodley, simply has too many big stars to work out in the long run.

“I love this group of people — I would do anything with them,” HBO president Casey Bloys told TVLine earlier this year. “But the reality is, they are some of the busiest actresses working in Hollywood. We have deals with some of them — Nicole [Kidman] is doing her next show ['The Undoing'] with us. I just think it’s not realistic."

He added, “Look, if they all came to me and said, ‘We worked out all of our schedules!’ — then sure! But I just don’t think it’s realistic.”

The series hit a few road bumps in its second season, which may also have played a role in its likely not getting renewed.

Production sources told IndieWire that creative control was taken away from writer-director Andrea Arnold and given to Season 1 director and executive producer Jean-Marc Vallée, resulting in awkward editing and a seemingly disjointed story.

The shift reportedly happened after all the episodes had been filmed, with insiders alleging that they were told to make Arnold's work look like Vallée's Season 1, which won eight of 16 Emmys for which it was nominated — even though Vallée had advocated for Arnold previously.

ADAM SCOTT: 'IT'S GREAT' THAT WOMEN ARE AT FOREFRONT OF 'BIG LITTLE LIES'

“It was her turn becoming a marathonian,” Vallée previously told IndieWire of Arnold's hiring. “It was a good decision, based on ‘Fish Tank’ and ‘Red Road,’ if she was ready to play in the sandbox like I did, to come from the feature film world. She was on her own; she didn’t need any advice. She did what she does, hired her people; the DP is different. We have similar ways of shooting, when you look at it. She shot hand-held, available light. She aims for performances, like I do in Season 1. She is who she is, but the spirit of the other is there.”

Still, HBO said in a statement about the shift, “There wouldn’t be a Season 2 of ‘Big Little Lies’ without Andrea Arnold. We at HBO and the producers are extremely proud of her work. As with any television project, the executive producers work collaboratively on the series and we think the final product speaks for itself.”