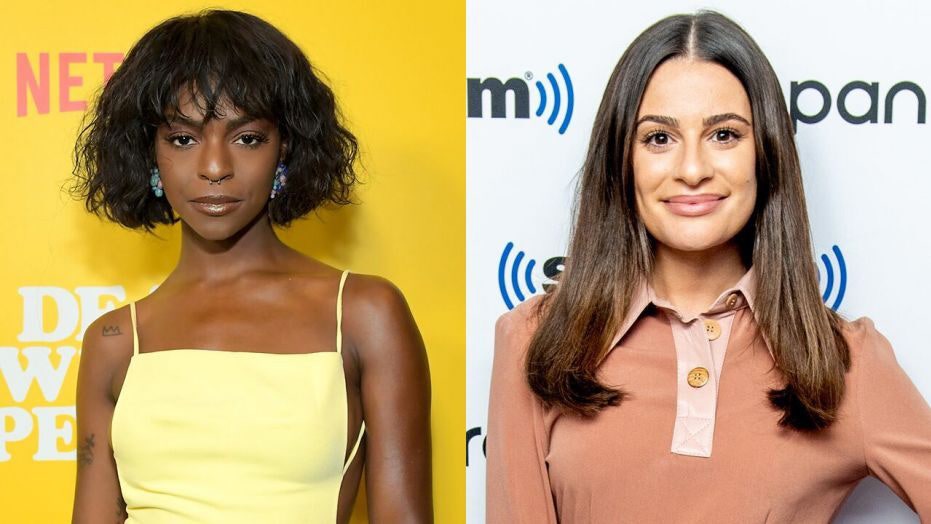 Samantha Marie Ware appears to have a suggestion for Lea Michele following her public apology.

After Michele, 33, recently took to Twitter to express her support for the Black Lives Matter movement, Ware, 28, who appeared in the sixth and final seasons of "Glee," slammed the show's star for her alleged on-set behavior.

Since then, Michele has issued a public apology for her actions. She also said she has no memory of the incident mentioned by Ware, but insisted that's "not really the point."

Samantha Ware called out Lea Michele over behavior she alleges happened while on the set of 'Glee.' (Getty Images)

Just a few hours later, the apology appeared to have reached Ware, who seemingly responded on Twitter to Michele's use of "perceived" in her statement and suggested Michele make a donation.

"Perceived? Purcieved? Purse? Open your purse??????????????" read Ware's tweet, along with a link to a fundraiser for the family of James Scurlock, a black man who was shot and killed in a recent protest in Omaha, Neb.

Since Ware's initial accusations, several other "Glee" actors have spoken out about Michele's alleged behavior.

Heather Morris, who played Brittney Pearce on the series, shared her thoughts on Twitter on Wednesday, claiming Michele was "unpleasant" to work with, but defended her against accusations of racism.

"Let me be very clear, Hate is a disease in America that we are trying to cure, so I would never wish for hate to be spread to anyone else," Morris, 33, began. "With that said, was she unpleasant to work with? Very much so; for Lea to treat others with the disrespect that she did for as long as she did, I believe she SHOULD be called out."

Morris then said that the mistreatment of others was also partially the responsibility of those who let Michele's alleged behavior go unchecked.

"But, at the current moment its [sic] implied that she is a racist and although I cannot comment on her beliefs, I think we're assuming, and you know what happens when we all assume..." she concluded.

Ware isn’t the first “Glee” star to publicly denounce Michele’s alleged behavior on set. Naya Rivera, who played Santana Lopez, wrote in her book “Sorry, Not Sorry” that she too had friction with Michele while filming “Glee.”

“One of the Glee writers once said that Lea and I were like two sides of the same battery and that about sums us up,” she wrote in her book. “If I’d complained about anyone or anything, she’d assumed I was b----ing about her. Soon, she started to ignore me, and eventually it got to the point where she didn’t say a word to me for all of Season Six.”