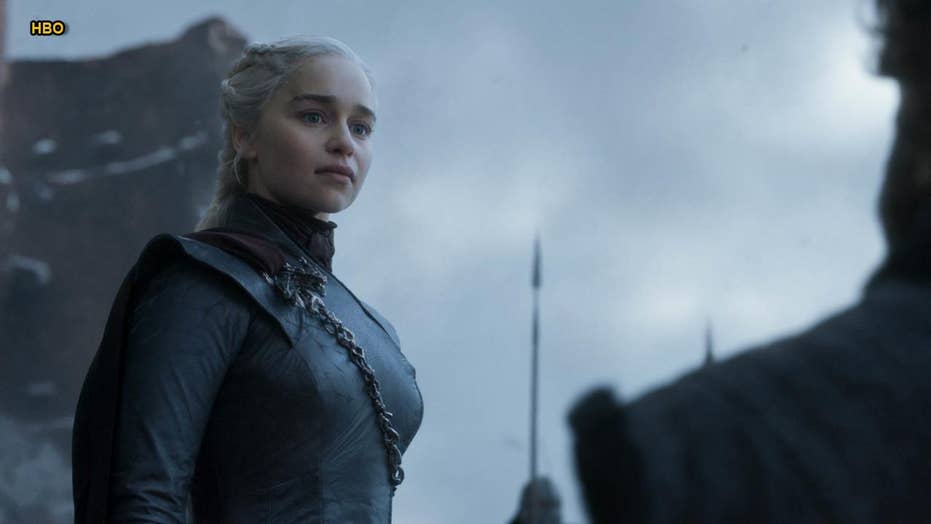 After eight seasons of white-knuckling it through the show's engrossing twists and turns, "Game of Thrones" fans tuned in record numbers Sunday night to see which character would sit on the Iron Throne.

[SPOILER ALERT: The remainder of this article will discuss the final episode of HBO’s “Game of Thrones.”]

After a particularly controversial move in the penultimate episode, many viewers had low expectations going into the highly anticipated finale. Many fans even went as far as to sign a petition calling for the last season to be remade without series creators D.B. Weiss and David Benioff at the helm.

The series finale received a 57 percent score on Rotten Tomatoes. The finale marks the lowest score for the last episode of a season in the show's history, with Season 7 coming in second at 87 percent. The overall score of Season 8 only reached 71 percent, which is a far cry from the second lowest, Seasons 7 and 5, which both received 93 percent ratings.

In the end, Daenerys Targeryen was killed by Jon Snow after going mad and burning King's Landing. Tyrion Lannister avoided another death sentence by calling for Brandon Stark to be the new king of the six kingdoms after Sansa declared the North an independent land. And Jon Snow's reward for all of his heroism was to be sent back to Castle Black where most of this whole mess began.

With big swings being taken left and right in the finale, it seems opinions on the last season were generally negative:

"Create a character everyone loves, growth the expectation that he deserves to rule, then show that he is the rightful heir to the throne and finally when he saved the kingdom from a mad tyrant reward him with the f---ing North Pole," wrote one upset user.

"Imagine waiting 2 years then we get a s----y season, the worst finale, 2 water bottles and a coffee cup left on scene wow. The fans don't deserve this type of disrespect," another wrote.

Isaac Hempstead Wright, who played Brandon Stark in the series, spoke out against the backlash, saying fans' calls to remake the ending were "absurd."

"It's just absurd. I can't even fathom it. It's just ridiculous," he told the Hollywood Reporter. "It's ridiculous that people think they can just demand a different ending because they don't like it. I have stupidly taken it quite personally, which obviously I shouldn't. In my opinion, it's a great ending."

Season 8 stirred up several controversies over its six episodes, including an out-of-place coffee cup and water bottle being spotted by eagle-eyed viewers in two separate episodes.