Five of the lead 'Game of Thrones' actors made over $1M per episode with one actress making a seven-figure salary with less than 30 minutes of screen-time.

The series finale of "Game of Thrones" is upon us – and it was every bit as decisive as fans anticipated. Though perhaps a bit predictable at times, the cinematography upheld its impressive reputation and when it was all over, each remaining character was exactly where they needed to be.

[Spoiler Alert: The remainder of this article will discuss Season 8, Episode 6 of “Game of Thrones”]

The iconic series’ final chapter began with Tyrion Lannister surveying the carnage left behind from the epic battle between Daenerys Targaryan and his sister Cersei, during which millions of innocent lives were sacrificed and Tyrion’s home town was reduced to rubble. He ventures into the city alone and finds the bodies of his brother and sister, prompting a rare moment of completely vulnerable emotion from this tough-skinned character.

This image released by HBO shows Emilia Clarke in a scene from the final episode of "Game of Thrones," that aired Sunday, May 19, 2019. (HBO via AP)

Daenerys returns with her dragon to Kings Landing and surveys her kingdom – all of her dreams being brought to fruition. In an impassioned speech to the remaining Unsullied soldiers and Dothraki that survived the battle, she praises them for their loyalty and promises that they will continue to fight until every enslaved person in the world is freed. She confronts Tyrion for betraying her by freeing his brother Jamie, in order to warn Cersei to surrender to Daenerys, and imprisons him for treason.

In a tense scene that follows, Arya tells Jon that she knows a killer when she sees one, and that Jon will always be a threat to Daenerys because of his true identity and claim to the Iron Throne.

Jon visits Tyrion while he’s imprisoned and heavily insinuates that Jon needs to end Daenerys’ rule, which has already crossed the line into tyranny.

'GAME OF THRONES' SERIES FINALE: WHO SITS ON THE IRON THRONE?

This image released by HBO shows Peter Dinklage in a scene from the final episode of "Game of Thrones," that aired Sunday, May 19, 2019. (HBO via AP)

In arguably the most anticipated moment of the last eight seasons, we then see Dany approach the Iron Throne for the first time. It’s what she’s worked for her whole life – and what she believes is her destiny.

Jon finds her at this moment, and the two spar over Daenerys’ decision to obliterate Kings Landing and the innocent people within it – those who Daenerys established her legacy on promising to protect. Jon says that he has always forgiven those who have betrayed him with their opposing views, but she argues that he should be with her and help her found a new world together.

In the most dramatic moment thus far this season, Jon stabs Dany through the heart.

Her last remaining dragon, obviously sensing her death, cascades down and breathes fire on the Iron Throne, melting it down to molten lava.

The remainder of the episode revolves around the consequences of Jon’s actions, as he’s soon imprisoned for murdering his former lover. A council of all the remaining key characters is called, and Tyrion is brought before them by Grey Worm, who is clearly seething with resentment towards both Jon and Tyrion for their treason.

It is decided that the council, comprised of Samwell Tarley, Brienne of Tarth, Sansa, Arya and Bran Stark, Gendry, Lord Davos, and more, must decide amongst themselves who will be the next ruler of the Seven Kingdoms.

This image released by HBO shows from left to right Maisie Williams, Isaac Hempstead Wright and Sophie Turner in a scene from the final episode of "Game of Thrones," that aired Sunday, May 19, 2019. (HBO via AP)

It is Tyrion who suggests that the next ruler be Bran – the keeper of all the memories of the past and the potential for the future, as the Three Eyed Raven.

“Why do you think I came all this way?” Bran responds.

It is decided that Bran, now known as Bran the Broken, first of his name, will be the next ruler. He cannot bear children, so the rulers that follow him will be elected by a coincil again – breaking the wheel of dynasties founded for generations before, just as Daenerys wanted.

Bran names Tyrion as his Hand of the King.

For the next third of the episode, we see the loose ends tied up for the remaining characters. Grey Worm sets sail for Naarth, the home land of the love of his life, Missandei.

Arya makes another journey of her own, telling Jon she will likely never see him again because she is going “West of Westeros” – past where the maps end.

Sansa returns to Winterfell as its queen, which she has declared will be an independent nation from the rest of the Seven Kingdoms. 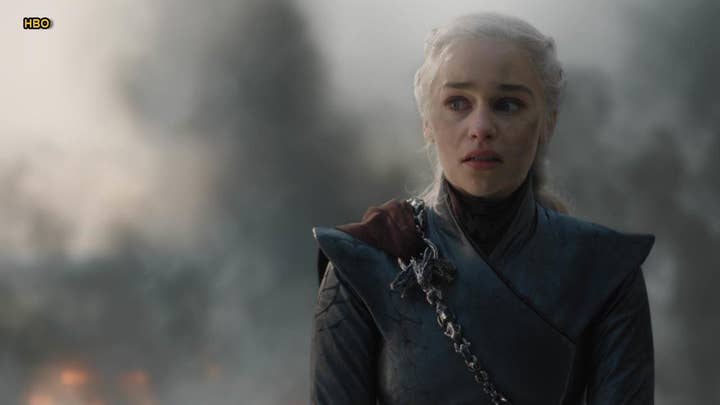 Jon is allowed to keep his life despite his decision to kill Daenerys, but is condemned to live as the Commander of the Night’s Watch at the wall, where he will fulfill his oath once again to never father children or take a lover. The silver lining is that he reunites with Tormund, the free folk, and his dire wolf Ghost.

The episode ends with Jon riding his horse into the unknown surrounded by the free folk, before we see the credits roll.

Many fans have been disappointed with what they argue is a hurried and unsatisfactory ending to the iconic series. Its final episode certainly had a “safe” air, but audiences certainly got closure on each character they’ve grown to love over the last decade.