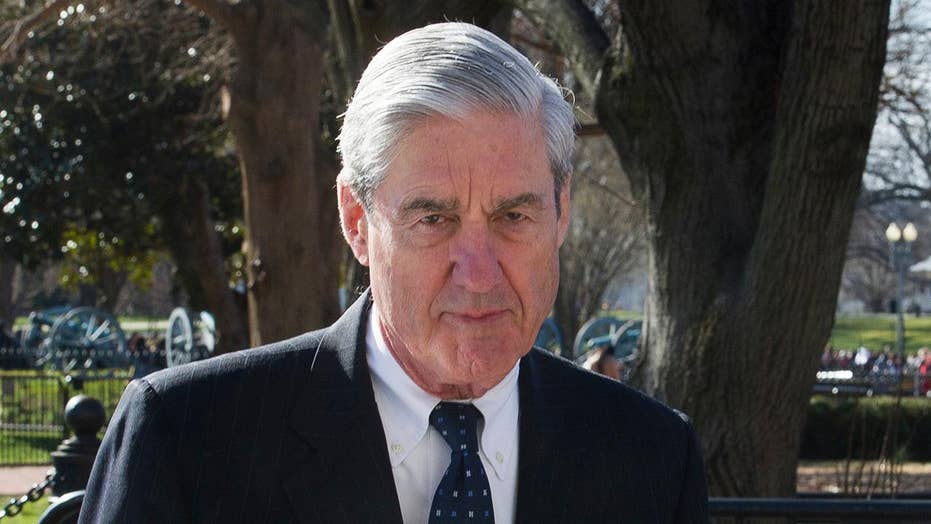 Ty Cobb: Nobody can deny the thoroughness or professionalism of Mueller's investigation

Former White House lawyer reacts to the release of William Barr's summary of the Mueller report.

As media outlets scrambled to report Friday on Special Counsel Robert Mueller’s submission of his report stemming from the long-lasting investigation into the Trump campaign, more Americans tuned into Fox News’ coverage of the event than any other cable news network.

MSNBC’S JOE SCARBOROUGH SAYS TRUMP IS EITHER ‘LOSING HIS MIND’ OR LYING: ‘I’M TALKING TO YOU, DONALD’

In primetime, the network garnered almost 3 million in total viewers, making the coverage of the Mueller report the highest Friday primetime average for 2019.

The report summary issued Sunday stated definitively that Mueller did not establish evidence that President Trump's team or any associates of the Trump campaign had conspired with Russia to sway the 2016 election "despite multiple offers from Russian-affiliated individuals to assist the Trump campaign." However, it stopped short of exonerating the president.