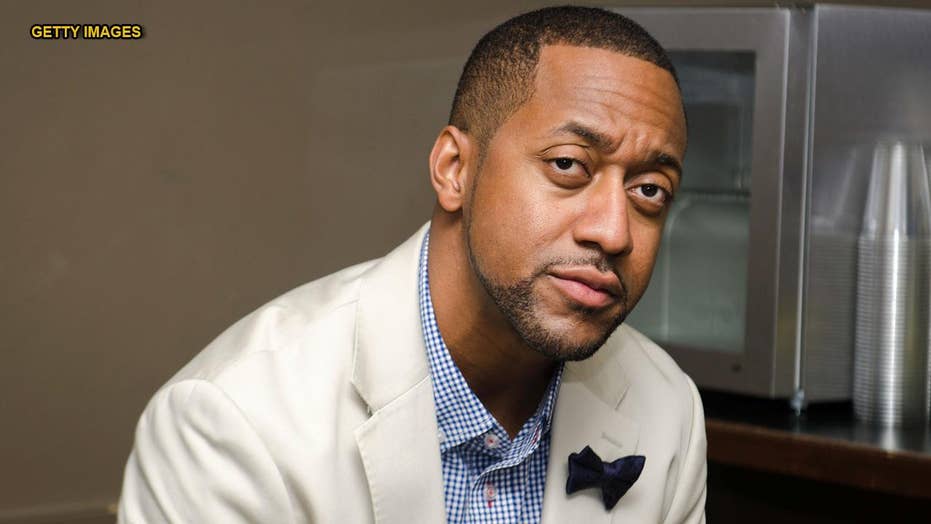 'Family Matters' star Jaleel White reveals how he feels about Steve Urkel today and how he escaped the child star curse. The actor is now appearing in a reality TV series alongside his mom titled 'The Parent Trip.'

Former child star Jaleel White brought laughter to millions across the country as the suspenders-wearing, polka-playing super-nerd Steve Urkel in the hit ‘90s sitcom “Family Matters,” but these days he’s hitting the road with his mom.

The 42-year-old and his mother Gail headed to New Mexico for “The Parent Trip,” a U.S. adaptation of the Emmy Award-winning series “50 Ways to Kill Your Mammy” that pairs thrill-seeking celebrities and their parents on bucket list adventures. The show will highlight stars including “Beverly Hills, 90210” actress Jennie Garth, supermodel Coco Rocha and actor Eric Roberts, among others.

But White is aware audiences are still fascinated by his iconic portrayal in “Family Matters,” which aired from 1989 until 1998. The ABC sitcom is one of 22 shows in TV history to reach 200 episodes.

White spoke to Fox News about how he really feels about Urkel today, whether he would ever consider a reboot, traveling with his mom and how he escaped the child star curse.

Fox News: How do you feel about Steve Urkel today?
Jaleel White: Oh, I love him. You kidding me? I get nothing but the most amazing comments from flight attendants everywhere. So, I love him.

Fox News: What's the funniest or most unusual encounter you've ever had with a fan?
White: Oh, gosh. That's not for television *laughs* Yeah, I've had some interesting encounters with fans. Ultimately, I love people that are clever in whatever they say to me, and they don't realize to what degree I can feel whatever it is that they... I can feel their excitement. They don't even have to talk. I can feel it.

Fox News: Would you ever consider a “Family Matters” reboot? What would it take?
White: I don't think we need it. I think "Family Matters" belongs in the era of life before cellphones.

Fox News: You've been acting since you were a child. How did your mother's guidance and support help you escape that so-called child star curse that we often hear about?
White: My mom, she ruled our house with a heavy hand. I think my mom was more concerned about me being "normal" than she ever was concerned about what I did as an actor. As an actor, that's just something that somewhat felt natural to me as a young man.

And I figured it out on my own. It's actually kind of fun for me to watch old episodes of "Family Matters," particularly when I was about 13 or 14 years old because I can see my brain making certain decisions in the moment. And it's kind of an out-of-body experience. It's kind of cool. But she didn't really help me act much. But boy did she make sure that I told her line.

Fox News: What has kept you going as an actor?
White: You get different motivating factors in your life, period. I think my biggest motivating factor right now is my daughter. You got to provide an example for your kids. They watch you more than they listen to you. So, she sees me go to work, she sees me continuing to act, continue to endeavor, staying up late nights, writing, taking pitch meetings, traveling for my job. And those are the things that are going to instill a work ethic in her. So, I got to be her inspiration right now. And that's one of the things that keeps me steadfast.

Fox News: What advice would you give to any parent who wants to have their child successfully pursue show business?
White: Well, everything's different now. I always try to tell people that "Family Matters" existed before cell phones. That's a huge, huge component of life that was different. So, I don't really know what I would say to parents these days other than keeping an eye on your child.

I think it's important for you to know your child. And I'm kind of surprised sometimes how much a lot of parents out there don't know their children or can second-guess what their child's decisions would be. That was the case back when I was a kid and that's going to be the same now. The only difference is they got this device in their hands. You better watch it.

Fox News: What compelled you to participate in “The Parent Trip”?
White: I got a phone call about a really, really clever British show called “50 Ways to Kill Your Mom.” I said, "Well, we're going to have to change that title." And, basically, they asked me to take my mom on three ... adventures for a week, and we picked New Mexico. I picked the adventures, and she had a blast. She pushed the boundaries of what she's willing to do.

We bonded incredibly. I think my favorite thing that we did was we harvested honey in beekeeper suits. It's a really, really fun show. I could hear the pitch and know that my mom and I would have a blast. And she'd never been on TV before. So this was the first time she decided to break her little rule and go on TV.

Fox News: How did you convince your mom to go on camera for reality TV of all things?
White: Easy, check. *laughs* Moms like money. It took a little coercion. But, ultimately, spending a week in New Mexico with my mom, it was cathartic. It was good for both of us. My mom's a breast cancer survivor actually, from 2008, and there's a lot of things I wish I could've done differently back then.

And I felt like this gave me a chance to get a redo of how I should spend my time with her during these years. And I would encourage anybody to do it. Really. Grab one of your parents, if not both of them, and just surprise them, every day, and do it for a week. And you'd be surprised at the memories that you'll create for yourself.