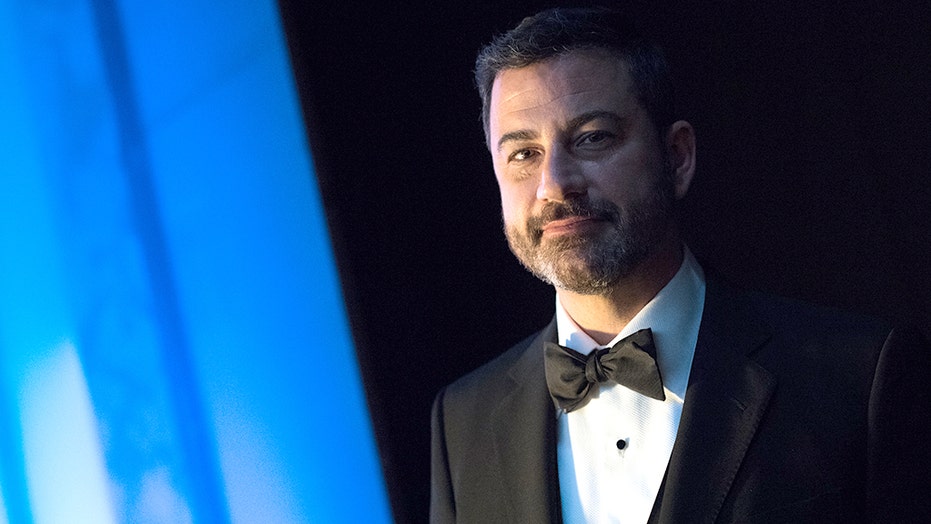 The Television Academy has been tight-lipped regarding their recently announced Emmy Awards host Jimmy Kimmel, who apologized this week after Fox News revealed he repeatedly used the "N-word" while impersonating Snoop Dogg in a song spoof in the 1990s.

Kimmel had also come under fire for using blackface in impersonations in several skits earlier in his career.

The Television Academy tapped Kimmel as host of the upcoming 72nd Primetime Emmy Awards just last week, with the ceremony scheduled to take place in September.

Fox News sent requests for comment to the Television Academy after Kimmel's controversy made headlines Monday, and again after he issued an apology Tuesday. None of them were answered.

The Television Academy did voice its support for Black Lives Matter earlier this month in the wake of George Floyd's death. It released a statement in the form of a tweet that is still pinned at the top of the Academy's official Twitter account.

"Black Lives Matter. Black Stories Matter. The Television Academy will continue to foster content that informs, educates, and prompts meaningful dialogue and change. We are a community of storytellers and we stand in solidarity against racism and social injustice," the tweet reads along with the hashtag #BlackLivesMatter.

JIMMY KIMMEL NAMED AS HOST OF THE 2020 EMMY AWARDS

The Academy's lack of response comes at a challenging time for the awards show as it remains committed to carrying on with a ceremony despite mounting limitations in the entertainment industry brought on by the current coronavirus pandemic.

Kimmel's tapping as the host was significant in itself, as it marked a return to the hosting format after last year's ceremony went hostless for the first time in 16 years.

The 2019 hostless ceremony was held months after Kevin Hart stepped down as host of the 2019 Academy Awards due to the resurgence of past anti-gay tweets he posted.

While the Emmys head honchos have yet to respond to Kimmel's situation, the late-night star ultimately broke his silence on Tuesday with an apology.

“I have long been reluctant to address this, as I knew doing so would be celebrated as a victory by those who equate apologies with weakness and cheer for leaders who use prejudice to divide us. That delay was a mistake. There is nothing more important to me than your respect, and I apologize to those who were genuinely hurt or offended by the makeup I wore or the words I spoke,” Kimmel told Fox News in a statement on Tuesday.

The “Jimmy Kimmel Live!” namesake had long been under fire for donning blackface when impersonating NBA legend Karl Malone, but other routines have recently come to light, such as imitating rapper Snoop Dogg's voice for an “N-word”-filled track on a 1996 Christmas album.

“We hired makeup artists to make me look as much like Karl Malone as possible. I never considered that this might be seen as anything other than an imitation of a fellow human being, one that had no more to do with Karl’s skin color than it did his bulging muscles and bald head. I’ve done dozens of impressions of famous people, including Snoop Dogg, Oprah, Eminem, Dick Vitale, Rosie, and many others. In each case, I thought of them as impersonations of celebrities and nothing more,” Kimmel continued in the statement.

“Looking back, many of these sketches are embarrassing, and it is frustrating that these thoughtless moments have become a weapon used by some to diminish my criticisms of social and other injustices,” he added.

The host said that he has changed over the years and “anyone who watches” his show can vouch that he’s evolved. He also vowed to not be "bullied into silence" and concluded with, "I am sorry."

Kimmel previously hosted the ceremony in 2012 and 2016 while late-night star Stephen Colbert hosted in 2017. In 2018, "Saturday Night Live" stars Michael Che and Colin Jost were behind the mic.