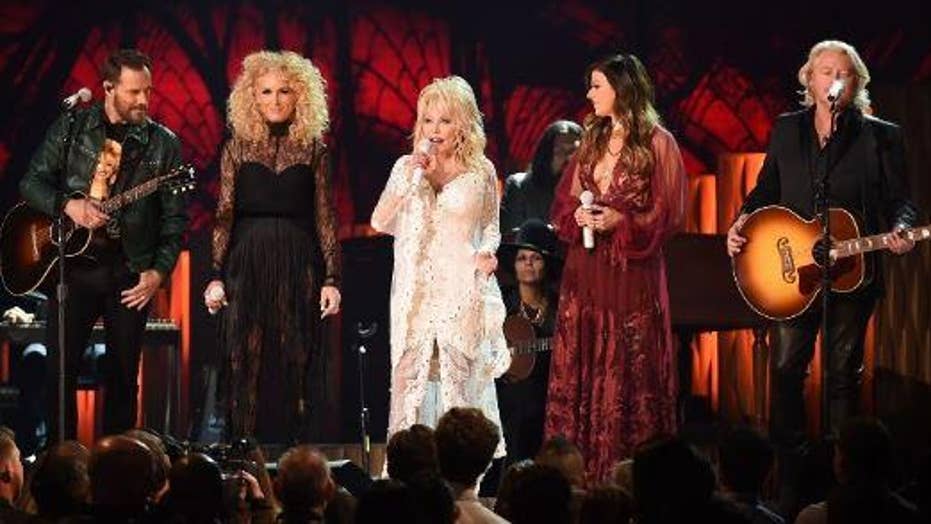 Dolly Parton has long been outspoken about social constraints often placed on specific groups of people. Most recently, the legendary singer opened up about the effects of the #MeToo movement that has swept over Hollywood and the music industry, saying that despite all the work being done to put a stop to the mistreatment of women, more needs to be done.

“I think there’s always gonna be a long way to go. It’s just a work in progress as life itself is. Especially for women in the workplace. I think that’s why we’re here now, with the #MeToo movement,” Parton told Sky News while discussing her hit Broadway musical “9 to 5,” based on the 1980 film, which is set to hit the United Kingdom.

“It kind of brought up the subject again of harassment in the workplace and brought up the fact that women are still not getting the chance to do as much as they can or paid, you know, equal for the work that they do. So there’s still all those issues. I really think when that came out in the 80s it really did do a lot of good. It really did shine the light on that.”

DOLLY PARTON DENIES RUMORS THAT HER BEST FRIEND IS HER SECRET LOVER, 'PEOPLE LOVE TO TALK'

When asked if she had ever experienced any real issues in her career that could be highlighted by the #MeToo movement, Parton, 73, said that wasn’t anything she ever considered and simply went about handling her career and business sector empire the only way she knew how.

“You know, I didn’t really think about it like that at the time because I had grown up with men," Parton explained to Sky News. "I have six brothers, my dad, my uncles — I was always close to all the men in my family. I’ve known a lot of great men. So I didn’t think about it that much. Of course, I’ve been hit on all my life as any young girl would be — but I always take it as a compliment. I never did anything to try and get ahead in the business. I never slept with anybody unless I wanted to.”

"I did work and it was a man’s world back then, but I enjoyed it.”

Last week, Parton stole the show when she took the Grammys stage and was serenaded by goddaughter Miley Cyrus, Katy Perry, Little Big Town and Kacey Musgraves. Parton said she’s encouraged by the wide range of support for women that has poured into the movement and hopes women can continue to break through the barriers.

“I do think, though that people are more open. I’m hoping that we can get out there and do what we think we couldn’t do,” she said. “We can be a little more aggressive now that we’ve got a little bit more of an open path now. I’m proud to be a woman. I look like a woman, but I think like a man because I do know how men think. I don’t think of it in terms of male or female, I just think of is in terms of getting a job done.”

Parton said that despite her many accomplishments in her career, she doesn't like to dole out advice to people because not everyone's trajectory is the same, and in her time crooning with the best of them — even she doesn't get it right all the time.

“I don’t try to tell other people what to do. People always say ‘what kind of advice do you give?' I don’t give people advice," she elucidated. "I have information if you want to know some facts and if you want to know sometimes how I dealt with something, but I do believe everybody has a right to be themselves. Everyone has their own path and their own road to walk, and everybody’s talent is different.”

She pressed on: “It’s not up to me to tell them not to do it. Who am I to tell anyone not to do anything. I look like the town tramp — and that’s how I pattern my look, after the town tramp. So who am I to tell somebody else how to dress or tell anyone what to do? I just live my femininity. People say “are you a feminist?' I don’t know. I don’t know exactly what that means. I’m proud to be a woman. I’m proud to be a woman in business. I’m proud to do what I do. But I like to just live it. I like to be an example.”

As the Dollywood co-owner was pressed about the prospect of one day seeing a woman president in the Oval Office, Parton said she certainly sees it as a possibility and also noted what traits any female commander in chief would need to possess.