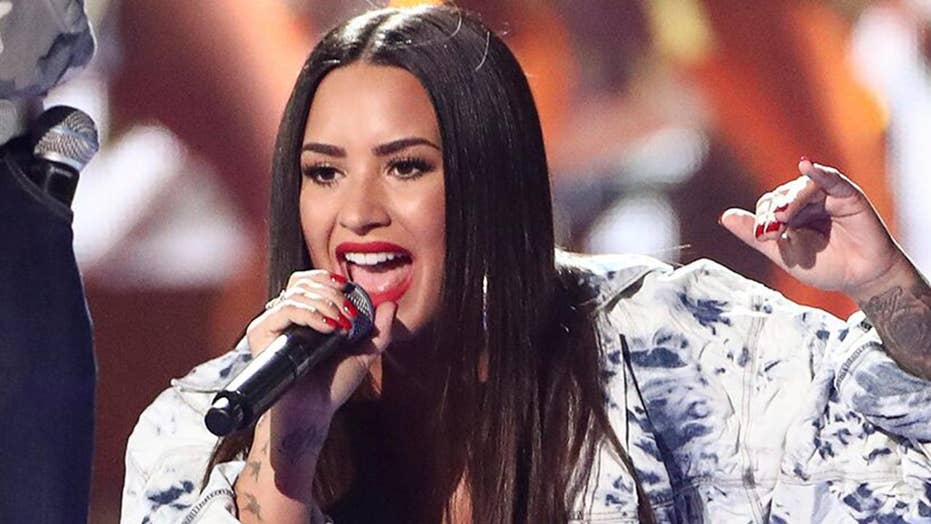 Demi Lovato to debut new song at the Grammys

Hollywood Nation: Demi Lovato will perform a song she wrote four days before her 2018 overdose when she takes to the Grammy stage.

Demi Lovato's Grammy performance will be a special one.

According to TMZ, the songstress will perform a brand-new song that was written and recorded just days before her nearly-fatal overdose in the summer of 2018.

The song will also reportedly be released after the Grammys, which will be Lovato's first live performance since the incident.

According to the outlet, the song is a "big ballad style" that will reflect her state of mind just before the overdose.

The title of the song is still unknown at this point.

The single is also expected to appear on Lovato's next album, which she confirmed on Twitter that she was working on before her overdose.

Ariana Grande, Lizzo, Billie Eilish and others will also perform at the Grammys.

Lovato is also set to perform the national anthem before this year's NFL Championship game. Shakira and Jennifer Lopez will perform the halftime show.

Reps for Lovato did not immediately respond to Fox News' request for comment.