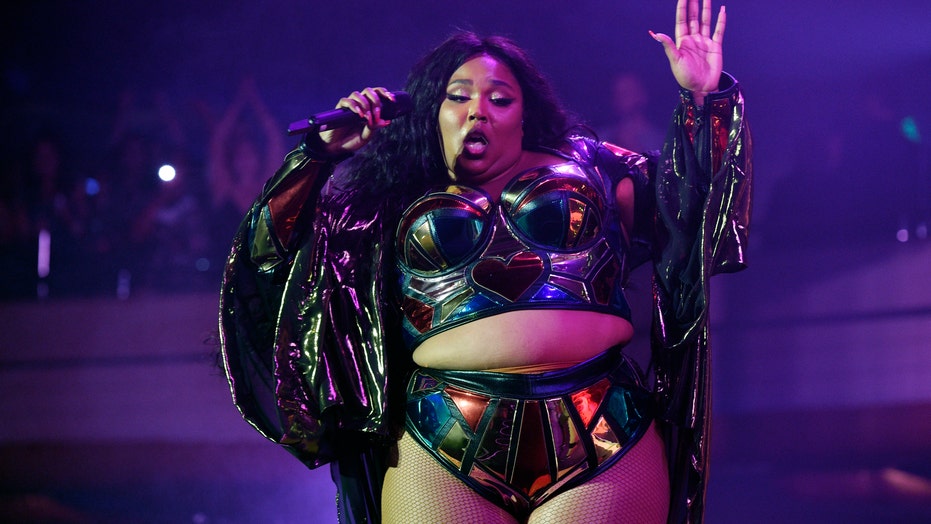 Hollywood Nation: Time magazine names 31-year-old singer-rapper Lizzo its 2019 Entertainer of the Year; Larry David is back for the 10th season of 'Curb Your Enthusiasm.'

Lizzo continues her reign as the master of being unbothered after she effortlessly deflected criticism aimed at her ever-growing popularity, just days after debuting for the first time on “Saturday Night Live.”

The “Truth Hurts” singer, 31, issued a stout response to a claim made by author Dr. Boyce Watkins last week in which he maintained that Lizzo is popular only because “there is an obesity epidemic in America.”

“Rather than encouraging people to do better, we are simply lying to them and telling them that they are just fine the way they are,” the writer tweeted. “Unfortunately, many of these people are dying from diabetes and heart disease.”

It took Lizzo three days to retort via Twitter, responding to Watkins, saying: “I’m popular because I write good songs and I’m talented and perform high energy hour and a half shows filled with love. The only person who needs to do better is you.”

In an additional tweet, Watkins referred to Lizzo as “Tiffany Fattish” while responding to a Twitter account. However, he walked back his remarks on Wednesday, amending his argument to say his real gripe with the pop star is her behavior, calling the performer a “minstrel show.”

The eight-time Grammy nominee has yet to respond to the follow-up comments.

Earlier this month, the singer-songwriter addressed a social media outrage that quickly commenced after she was seen twerking in a thong while sitting courtside at a Los Angeles Lakers game.

The few seconds of Lizzo's dance that were captured by cameras quickly went viral with social media users sharing both cheers and jeers for the music phenom.

"Never ever let somebody stop you or shame you from being yourself," she said in a late-night livestream. "This is who I've always been. Now everyone's lookin' at it, and your criticism can just remain your criticism. Your criticism has no effect on me."

"Nothing really breaks my joy," she continued. “I'm a really solid, grounded person, and I know that I'm shocking because you've never seen in a long time a body like mine doing whatever it wants to do and dressing the way that it dresses and moving the way that it moves."

She later explained the reasoning behind her groove session, putting a lid on the spectacle.