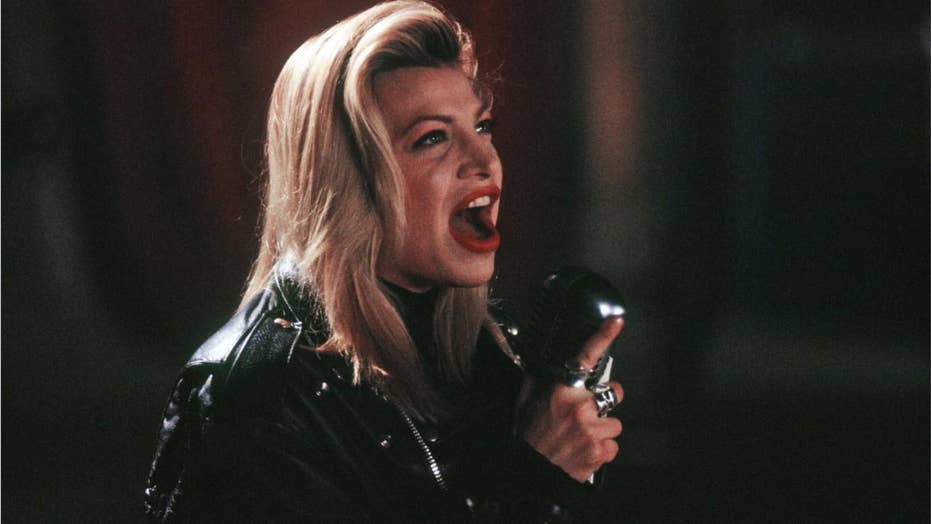 Singer Taylor Dayne recalled finding fame with her ‘80s hits ‘Tell I to My Heart’ and ‘Love Will Lead You Back.’

During the ‘80s, Taylor Dayne achieved overnight fame and sold 75 million records worldwide with hits such as “Tell It to My Heart” and “Love Will Lead You Back” — and now 33 years later, she’s telling all.

The 56-year-old singer recently published a tell-all book titled “Tell It to My Heart,” which chronicles her journey from showing off her powerful pipes in dingy dives in New York City to opening up for Michael Jackson in sold-out areas throughout Europe. It also unveils Dayne’s determination to make music on her own terms, as well as her dream of becoming a mother, which came true in 2002 via surrogacy.

Dayne spoke to Fox News about how she borrowed money from her father to record her famous single, coping with fame, bumping heads with Clive Davis, as well as what her life is like today.

Fox News: What made you want to write this book now?
Taylor Dayne: I don’t think anything made me. I had a 30-year anniversary coming up in terms of my career. I did TED Talks a few years ago, which really inspired me… And I just felt ready. I had a lot of stories to tell from my career. This is hardly a memoir because that was just one moment in my life. But it’s definitely a reflection of my 30-year career, and the life choices, decisions that came along the way.

Fox News: It’s been said you originally borrowed money from your dad to record “Tell It to My Heart.”
Dayne: I was 18 and making records then… I grew up in New York, which was a wonderful thing because I was in the heart of it all. I played every dump, every dive you can think of. I went to school for music. A lot of people don’t know I studied operatically. So I had the foundation.

I was in search of that song, the crossover song. I was going to hire independent promoters to spread the word and get one of the big labels to listen. I was already in the studio recording music. It was all going to cost about $6G… So I did borrow some money from my dad. But that’s how “Tell It to My Heart” happened.

Fox News: Did you think the song was going to be as popular as it became?
Dayne: No *laughs*. I went from singing in clubs on Long Island to opening stadiums in Europe. And that all happened in the course of a year. I don’t think anyone could anticipate that kind of outcome. I do know I put in the time and the years in terms of making music. I was praying to get signed and be picked up by a label… But the single was put out in Europe first. It was just a single. We didn’t have an album or anything. But the machine was behind it and the single was getting picked up. But it was that kind of song, I guess, that was needed to launch this phenomenon.

Fox News: What was it like opening for Michael Jackson?
Dayne: It was the “Bad” tour, the biggest tour in the world. We filled stadiums all over Europe. It was the scariest, most exhilarating moment of my life… I was so scared to go onstage. I felt like I was being fed to the lions. The roar of the stadium, the crowds was just deafening. It was like the Coliseum. It just felt like you were going to be eaten alive. We’re talking about 65,000 to 100,000 people all in one room. That was just a typical audience for Michael… The fans were just passing out, getting hosed down. And the energy, the excitement that Michael created backstage was incredible.

Fox News: What was your initial impression of Michael?
Dayne: Listen, my initial impression of Michael Jackson was me as a 6-year-old listening to “Never Say Goodbye.” He was just an incredible entertainer… So by the time I was opening for him on tour, I just watched in awe. I knew my time had come as a performer, but I was just soaking it all up.

Fox News: How did you cope with fame coming at you so quickly?
Dayne: I don’t know how you can cope with fame. It’s funny. I was young, so I had my family around me. My family being my band. I was on the road for 16 months straight. The first six months I was in Europe because the single was released there… I was constantly using my voice, whether it was giving interviews or singing.

For the first two years of my career, I was primarily in airports. Prior to releasing this single, I was singing at a Russian nightclub because I had to still make money… But I had a great support system surrounding me for what was really one hell of a ride. And that’s really the only way to do it. You need that crew, those people to be there for you as you’re faced with all of this at such a rapid pace. In my case, it was my band members.

Fox News: Clive Davis previously made some comments in his memoir released a few years ago. What did you make of them?
Dayne: My relationship with Clive became very intense… It’s not like the label saw me at a club performing and then signed me or that he believed in me as an artist. I came in there with material. Then they got behind me as an artist. I think what he said is what he tells a lot of artists: if you’re not a songwriter, stay out of the mix. But I had to be part of the process. And part of that process is writing your songs, telling your story.

And I guess that’s where the clash was. I think he was trying to say politely that I got in my own way writing or my need to write. And I can understand that. That was his perception. He’s Clive Davis, he’s got a strong perception. There were songs that I didn’t understand or get. But he would say, “You need to sing these songs.” Like the song, “I’ll Always Love You.” My first reaction was, “No way. How can I sing this song when I’m 21? It doesn’t make any sense.” But he proved me wrong. It was a hit.

Fox News: You took a break for about 10 years to focus on having a family. When did you realize it was time?
Dayne: It was never that I chose to purposely put my career on hold. The music industry started changing. Labels were folding up. I left Arista in mid to late ’95. But the climate was already changing. Music was becoming more accessible digitally… But I still pursued it. My first independent album came out in ’99. From there, I had children. Then my next record came out in 2008, which was also released independently.

So it’s really been more about how the music industry is evolving. It became more about downloading and streaming. So I just became part of the change that was happening in the business. It’s not like I took off to raise children or have them. I just wasn’t a signed artist anymore. I was doing things independently. And not everyone supported that. I had to figure out who were the right people willing to get in the mix with me.

Fox News: How difficult was it for you to open up about becoming a mother, especially in the era of social media when we have mommy shamers?
Dayne: I don’t know… I wished my kids had more of a role model in their lives like that, but you find other ways to do it. But more than anything, I wanted to be a mom. I went for one, but God said you can have two. They’re 17 years old now and I’ve never been more proud. They’re my greatest achievement. My life is beautiful now… I may not have a partner, but I have incredible relationships and friendships. I am surrounded by love.