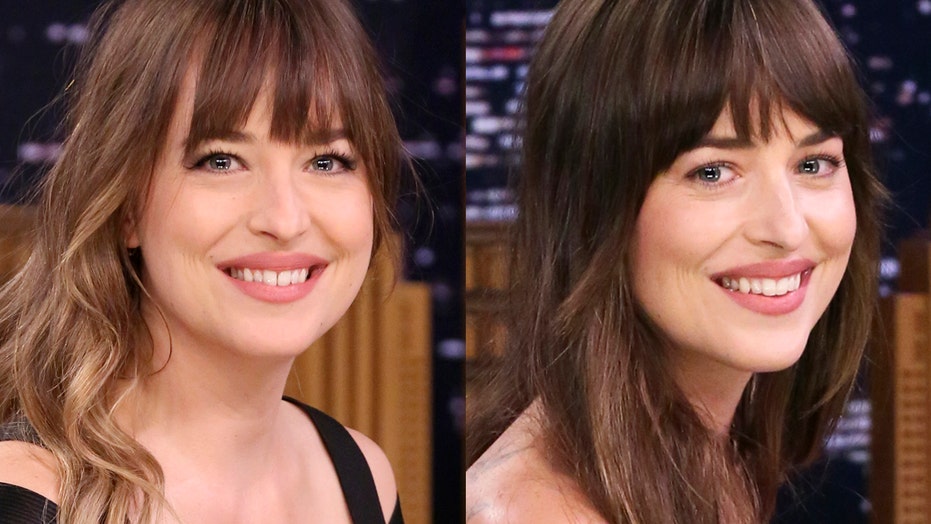 If you're sad about the gap in Dakota Johnson's teeth closing, she is too.

The actress addressed her new smile during an appearance on "The Tonight Show Starring Jimmy Fallon" on Tuesday night and explained what happened to her missing gap.

"First of all, the fact that this is a newsworthy event in our world right now is pretty sha-ka-khan to me," Johnson told Fallon when he asked about her teeth.

The commotion over Johnson's teeth started when the actress, 29, was spotted at the Los Angeles premiere of her latest film, "The Peanut Butter Falcon," and some keen-eyed fans noticed that something was amiss.

In photos from the premiere, fans noted Johnson had gotten some dental work done and closed her beloved tooth gap.

"I had a permanent retainer since I was like, 13, and it was just glued to the back of my teeth, and I was having a lot of neck problems recently so my orthodontist, she decided it would be a good idea to take it off and see if my jaw sort of expanded," the "50 Shades of Gray" star explained.

Dakota Johnson, left, with her gap in a 2018 "Tonight Show With Jimmy Fallon," and on the right, she is pictured without it in 2019 on the late-night show. (Getty)

In 2017, Johnson appeared in a video for Vanity Fair, in which she attempted to stuff various items into her tooth gap, including a credit card, a match, and a cocktail pick, among others.

The video has since amassed nearly three million views on YouTube.