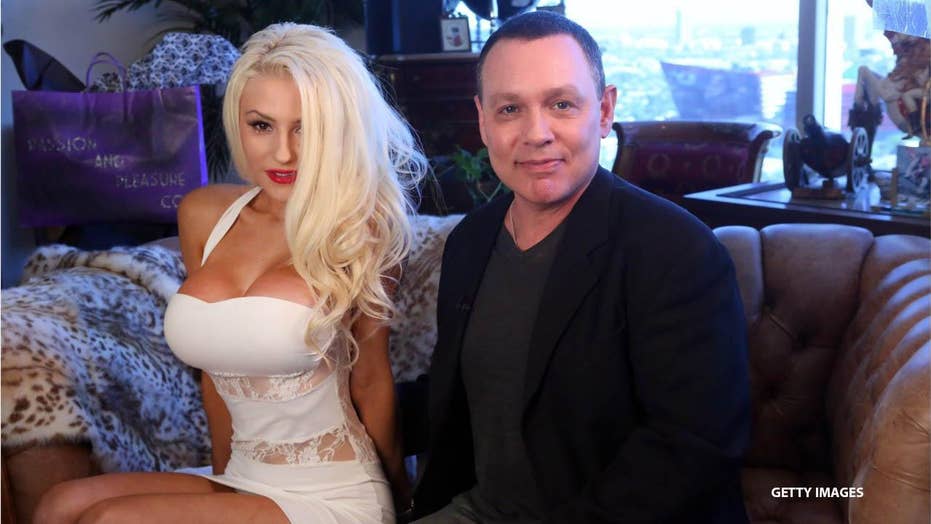 Courtney Stodden splits from her older husband, so who's next?

The 24-year-old originally stirred headlines in 2011 at age 16 when the then-aspiring singer tied the knot with “Green Mile" actor Doug Hutchison, who was 51 at the time. The couple separated and reconciled multiple times but finally called it quits, seemingly for good, in 2016, after nearly six years of marriage.

These days, Stodden claims she’s eager to move on and pursue a music career. Most recently, Stodden attended the special exhibition dedicated to her idol, titled “Marilyn Monroe: 17 Years in the Making” at Beverly Hills’ Edward Lowell Gallery, in which Andrew Weiss, reportedly the owner of one of the largest collections of original, signed photos of the late movie icon, held a sale on what would have been Monroe’s 93rd birthday.

Stodden spoke to Fox News about her love for Monroe, her controversial marriage to Hutchison, now 59, as well as how she feels about her parents.

Fox News: What is it about Marilyn Monroe that speaks to you?
Courtney Stodden: I think the main reason is that she had this crazy, explosive life. And the woman behind the celebrity, the persona, was so different. She was very honorable and intelligent. She was more than just a pretty face. And yet she had so much courage to face Hollywood. I feel like a lot of people still don’t know that about her. So I choose to focus on not really the pictures on Hollywood Boulevard, but more-so the person she was. I just admire her and her strength. She had a really crazy, hard, beautiful life. 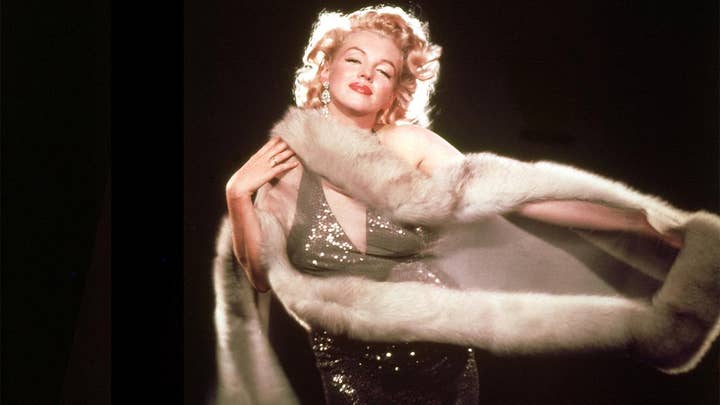 Fox News: You recently released a YouTube video saying you’re in a better place. What is life like today?
Stodden: Even though I am still going through this divorce with Doug, it’s almost finished. That entire process just ripped my soul out. And his too. We still have a lot of love for each other. He’s been there for me and really wanting to help further my dreams, which is to get my album off the ground. That’s really my goal now. My inspiration is music. And I think that I am in a better position right now because I’m able to express my depression and express myself through music. I feel that’s really what I was born to do.


Fox News: When did you realize you needed help for depression?
Stodden: I finally realized I had this relationship with depression in 2016. Doug and I lived out in Palm Springs for a year. We needed to get out of Hollywood. So we rented a house out there for a year. And I think it was the first time that I had enough space without the cameras, without distractions to just meditate out there. But I just started feeling really sad. Like, really, really awful.

I was drinking a lot. I just realized I was so depressed. I realized that out there in Palm Springs living with Doug for a year. I think it’s important for people to realize that they need time for themselves and try to sit in stillness. I think that’s what I really needed to do — listen to myself… Mental health has such a stigma. I was afraid to come out and say I struggled with depression because of that stigma. But I want to try and be a woman of strength. I want to come out and talk about my depression and not worry about the scrutiny of the media or other people.

Fox News: What is your relationship like with Doug Hutchison today?
Stodden: It’s confusing *laughs*. We both really love each other. We still talk. I mean, we just talked today. We never wanted this divorce. It’s never something that we both wanted. But we realized the unconventionalness of our marriage. We both are taking responsibility in that, especially him. He’s taking responsibility for marrying me at such a young age. He and I agreed on this divorce. We’ll see what happens in the future. We’re both trying to get through this the best we can in the most loving way possible.

Fox News: Can we expect another reconciliation?
Stodden: We’re definitely getting a divorce. It probably should be finished within the next two months or something like that. We’re not fighting over anything. The reason why it’s taking so long is that I was filling it out incorrectly. This is my first divorce so I was filling out the paperwork all wrong for two years. But he doesn’t want to fill out the paperwork himself *laughs*. But yeah, the divorce is happening. We just don’t know what’s going to happen in the future.

Fox News: How do you feel about the teen bride label?
Stodden: You know, I’m transforming out of the teen bride label. I can’t stand labels except if they’re designer, of course, *laughs*. I’m really excited to just be known as a singer/songwriter now. I’m not a teen anymore. I’m turning 25 this summer.

Fox News: How did you cope with all the bullying after you married at such a young age?
Stodden: Being bullied by a large population of human beings was really difficult for me to live through that. I think I’ve kind of numb myself in ways. Because it is a lot to digest. And not only that, I was having a lot of family issues. My parents fell apart in their marriage. My mom and I were having issues. Now my dad and I aren’t speaking. It’s been a lot… My life mirrors Marilyn Monroe in many ways. That’s part of the reason why I dyed my hair brown. I needed a break from the blonde. And I don’t want to end up like her in the way that unfortunately she ended up.

Fox News: How come you’re no longer speaking to your dad?
Stodden: I believe he has a lot of deep-rooted resentment towards my decisions in life. It started with me as a little girl wanting to model. I don’t think he really liked that. Then I got married, and Doug is two years older than him. I think he felt replaced. And after I got married to Doug, my mom divorced my dad. And then my dad proceeded to throw away all of my childhood tapes and memories — he took everything to the dump and just threw them away. And I’m his only child. That speaks volumes, the way he feels about his daughter. Now, eight years later since the marriage, he’s told me to never contact him again and to have a good life. That’s very hurtful and doesn’t help with depression.

Fox News: How are things with your mom?
Stodden: We’re actually healing our relationship right now. She actually came over to my home and told me she was sorry for ever hurting me in my life and she will spend forever making up for it. That meant the world to me. We haven’t really discussed a lot of the [divorce proceedings], but she’s not surprised.

Fox News: Do you have any regrets marrying at a young age?
Stodden: Regrets are funny, aren’t they? I don’t know. If Doug was a different human being, like if he was what everybody painted him to be back in the day, then I would say yes, I regret marrying this man. But he’s absolutely not what everybody painted him to be. He’s not perfect, but he’s a beautiful man. I gained an amazing soulmate in my life through him. So, no. I don’t regret it. He’s been there for me more now than my own father has.

Fox News: What can audiences expect from your music?
Stodden: I have a new album coming out. It’s called "Courtney RX." I’m going to be going by that musical artist name now. I’m dropping around 4-8 bubblegum pop songs that I’m so excited about. The song "Don’t Put it On Me," which received about 8 million hits when I was 16 on YouTube overnight, I’m redoing it and putting that on the album, along with a few other songs. One is called "Freak Alert," which is going to be the freak anthem of the summer *laughs* and another called "I Want You." I’m also redoing a Queen song called "Love of My Life" in my own style.

I feel like I have an amazing and incredible talent that I haven’t really been able to exercise as much as I would like. I don’t just want to speak up about mental illness and the things that I’m passionate about. I also love music. And I have a lot to share. And I think people will get to know me a little bit more through this album.

Fox News: How do you want people to see you today?
Stodden: I want them to see me as a human being, a woman growing, learning and following her dreams.