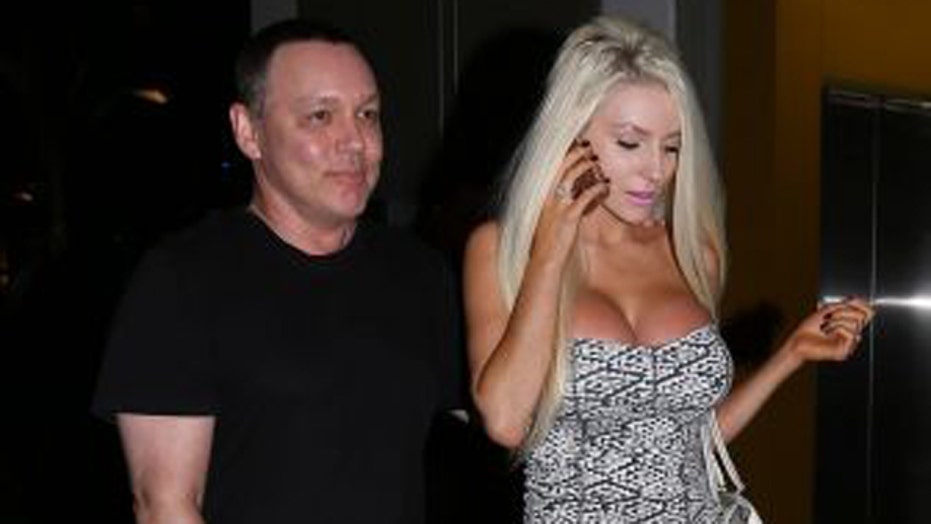 In an interview with the Daily Mail TV, Hutchison said he doesn't believe his fame-addicted wife really wants to get back together with him.

Earlier this month, Stodden posted a video in tears and wrote on social media, "I need this man back in my life. I need him to come help me. I need him to want our marriage to work. He’s been my only solid rock. Doug, if you read this — this is a public cry for your undying love."

Hutchinson said of the shocking post, “I have been left so confused and hurt. I am actually distraught by this. I cannot understand why Courtney posted that message on social media."

The model rose to fame in 2011 when she married then-50-year-old Hutchison at the age of 16. Ever since the couple’s controversial marriage, the two have had a tumultuous marriage, eventually leading to their split in 2017.

But despite breaking up, the two continued to live together for some time. It wasn’t until Hutchison decided to move home to Michigan, that the two decided to officially split and live apart.

“I still begged her to come to Michigan and work on our marriage, and she wouldn't. And that spoke volumes to me,” he said.

Hutchison moved out in September and said the process was emotional.

“Courtney was crying and I had tears in my eyes. We said we loved each other. We were talking, texting or FaceTiming on the journey.”

Hutchison said the couple ultimately decided to split because Stodden wanted to see other men. The 23-year-old model reportedly celebrated her split from Hutchison with a Las Vegas divorce party.

Hutchison said he doesn't understand Stodden’s sudden cry to get back together, especially since the model had been linked to other men since their split.

He said to her, "Darling, you are seeing other men, and going on dates, and are looking to move in with someone else. I don't see how we can do that.”

He said she feels differently now.

“Then she changed her mind again,” Hutchison claimed.

On Jan. 18. Stodden posted a photo on Instagram with a male companion and has also been linked to entrepreneur Chris Sheng.

But Hutchison claimed in his interview that Stodden doesn’t truly love Sheng and is just using him.

“He is in for a huge and painful loss. Court has told me she is not in love with him,” Hutchison said of his ex-wife’s new boyfriend.

Stodden reportedly told her ex-husband that Sheng was giving her an allowance of $10,000 a month for a mansion in Hollywood.

“The thing is she doesn't have any money, and he started paying her rent, and she really wants to stay in Hollywood. She is addicted to fame,” he explained. “She has been telling me all along she feels caught in the middle and still loves me, even though we are getting divorced.”

But despite the couple’s pending divorce, Hutchison said his former 16-year-old bride will always have a place in his heart.

“Ultimately I want her to be happy first and foremost. I love her with all my heart, we are soulmates and I will always love her.”