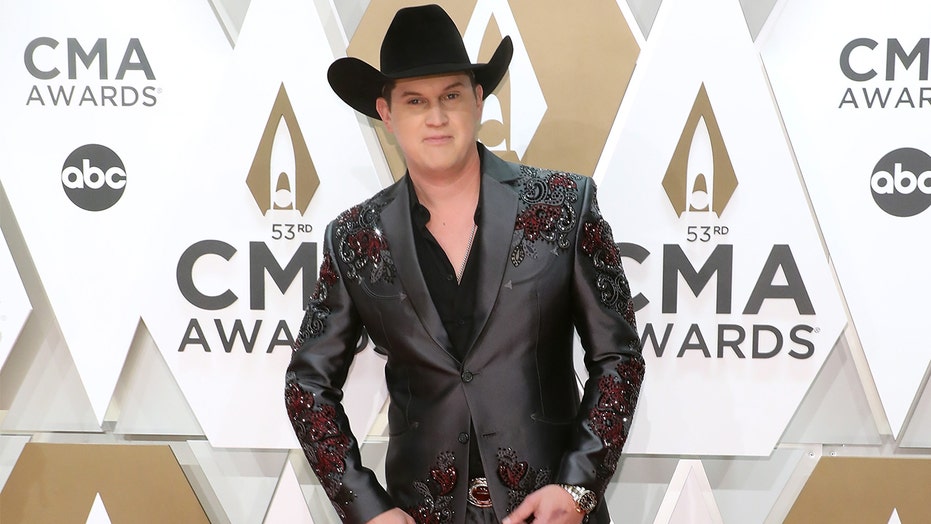 From doing ranch work to operating heavy machinery, Pardi is an archetype for everything that epitomizes the genre that starts with hard work, but, as Pardi points out, "then we get to drink on the job.” The "Heartache Medication" crooner likes to have a good time, as his network of fans dubbed the “Pardi animals” will say.

Fox News spoke with Pardi where he opened up about the intense work ethic instilled in him by his father, Jon Sr., and the swagger he automatically feels by donning his signature cowboy hat.

“I love riding horses. I love roping. I love the whole idea of the actual cowboy that's not just a barroom cowboy. That's not really me, even though I love being in bars. But what cowboy doesn't?” Pardi said with a laugh.

He continued: “And there are just a lot of aspects of my family, my friends I look up to and to talk about my heroes of country music – all of 'em have a cowboy hat on. So it was just a thing that I was forced to not wear it. And it was like, I fought and fought and fought because it was me. It's like, 'No, this is me. This is it... the hat.'”

The 2017 CMA best new artist offered an interesting analogy of comparing his hat to the iconic sunglasses sported by country great Eric Church, 42, in that without those signature shades is Church really the complete package the fans paid to see?

“I would describe it like Eric Church's sunglasses... Like, he felt comfortable in the sunglasses,” said Pardi. “That was his as an artist and sometimes you need that one little thing to put you through because you are the entertainer and you have the swagger. And that's where that cowboy hat comes in too.”

For Pardi, the hat signifies the work he’s put in to get a point in his career where he can tip his cap to his father who drilled it into his mind that everything can be taken from you in a heartbeat.

“I think sometimes artists forget how easy we have it and I don't ever take that for granted,” said Pardi. “You know, I always joke that we get to wait around all day and do a sound-check and then play two hours, but we really only work three hours then we get to drink on the job."

"Now do that six days a week,” Pardi added, providing a level perspective to the gripes many artists have about the industry in which they earn a living.

“Even like the stuff I do at my house. I have to work. I have to do some kind of work. I'm on the tractor or I'm cutting the grass or trying to get this fenced in or planning something to do down the road. It's wired in me and I've always been wired to work,” Pardi said.

The “Dirt on My Boots” crooner went on to say that maintaining a healthy balance of physical work and pushing himself to the point of mental exhaustion works for his well-being, adding that ultimately the job he’s been blessed with doesn’t allow for pity since he gets to create music and perform night after night for adoring fans.

“Even songwriting is mentally exhausting, but it's that good exhaustion where you're like, 'I need to lay down.' It's weird, but it's still kind of physical in a way,” said Pardi. “But I just had so many jobs and worked to change the stream that it's like a good mix for me. I can't just ... There's no Netflix and chill with this guy. That comes about when I'm super tired and I'm like, 'OK, we'll watch a movie now.'”

Pardi added: “You're gonna catch me outside when the sun goes down in my house still working. Moving stuff around or I don't know ... but I would say when I go back to complaining about something, ‘We ain't got it that tough.’”

I just try to cut back the diva-ness. Sometimes it's hard to do but we're all living a dream and getting a good workout in and making sure the fans are happy is one of my favorite things.

Pardi famously proposed to his girlfriend of two years, Summer Duncan, on stage in front of a sold-out crowd at the famed Ryman Auditorium in October 2019 and praised Duncan not only in helping to arrange his third album “Heartbreak Medication,” but in keeping him level-headed while he’s traveling the country playing to his fans.

“I've been in a lot of bad relationships. But Summer … it's why I talk about her so much, she really helps keep that healthy, kind of good-spirited relationship and just having fun and enjoying the job,” Pardi explained of his fiancée. “It's probably the biggest thing. I've grown to just love her so much. And she's just slowly made an impact on the decisions I made for the album in a good way.”

“And like I say, ‘Don't complain about stuff that... you're not a diva,’” he continued. “You know, I just try to cut back the diva-ness. Sometimes it's hard to do but we're all living a dream and getting a good workout in and making sure the fans are happy is one of my favorite things.”

When asked how he manages to keep himself healthy on the road, Pardi said his strict workout regimen along with the fact he’s cut out coffee and bread have aided in helping him avoid the pitfalls of tour life.

“Lots of water and I love working out. I love working outside the bus. I've got a half-circuit I do from my trainer who's taught me some stuff and getting a good workout in,” said Pardi. “I cut back on bread. That's kinda helped. I don't drink coffee anymore. I switched to tea because it's less stress acid and that kinda helps with vocal cords and everything.”

“And I do love coffee, but it's been nice. I have a little more natural energy because tea isn't as powerful as the caffeine buzz. But it's been a good change.”

"Heartache Medication" is out now.