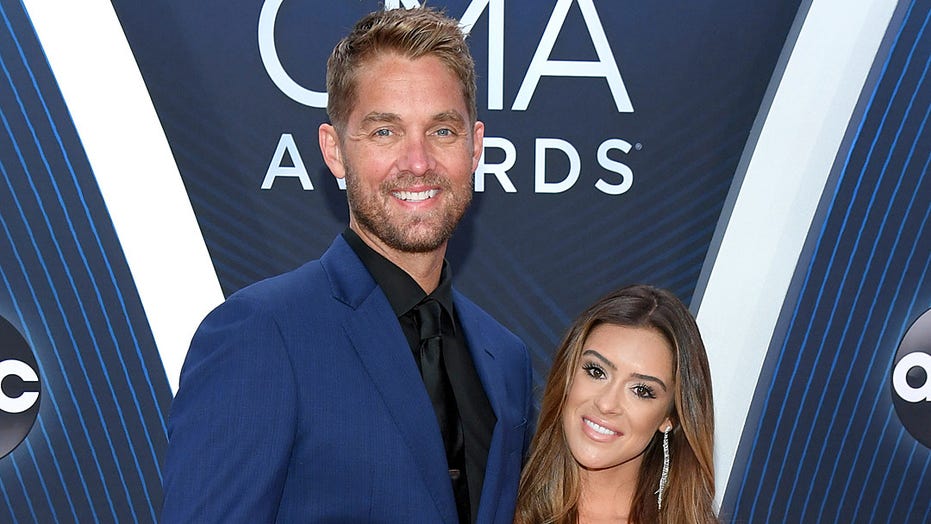 Catching up with country stars ahead of the CMT Awards

Brett Young finally had the opportunity to experience his wife Taylor Mills as he had never seen before.

The country music star spoke to Fox News on Wednesday from the Chase and Southwest Airlines #BigDreamsStartSmall networking panel in New York and updated us on what’s changed in his life since we last chatted with him during his tour with Lady Antebellum in 2017.

Simply put, Young’s world has been turned upside down and he shared quite the tidbit about his pregnant wife and how’s she’s handling the ever-changing effects of motherhood since the happy couple announced the exciting news in April.

“She's actually better – I expected it to get worse with the pregnancy, her cravings. She actually has less of them now than she did at the beginning,” said Young, 38. “At the beginning, it really was Rice Krispies Treats, and it was to the point where – she's going to get so mad I'm even saying this, but it's true – she would just make them in the pot and then not even move them over to the pan to flatten them out. She would just spoon them out of the pot – like straight up. Like, 'The marshmallows and the butter have melted, I'm going to eat it right now.'”

Young, who took home the new male vocalist of the year honor at the 2018 Academy of Country Music Awards, said he couldn’t contain himself and was amazed at the fact Mills had such strong cravings even though she hadn’t begun showing.

“I was cracking up. She wasn't even showing yet and she just needed the Rice Krispies Treats,” he said. “I made a joke the other day – she's 23 almost 24-weeks pregnant now and we were in the airport lounge and I was like, 'Babe, there's Rice Krispies Treats squares,' and she was like, 'Oh put them in a cup for me,' and I put a bunch in a cup and she took one bite and she was like, 'Oh no – these are the kind from the package, they just chop them up.'”

“And I'm like, 'Are you a Rice Krispies Treats snob? What is happening here?” Young joked. 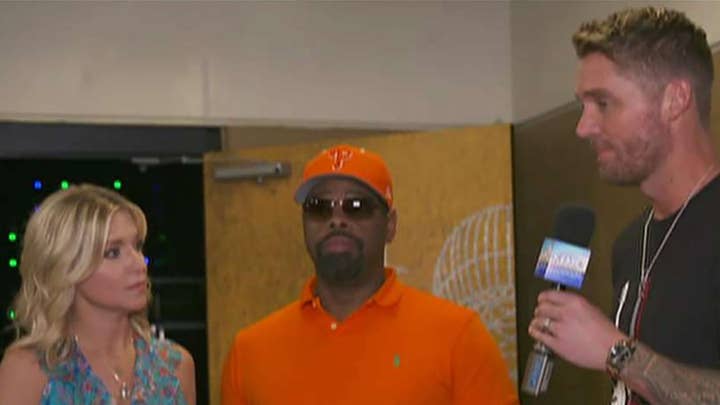 With a growing family to look after, the “Mercy” performer said he and Mills are over-the-moon excited to welcome their new bundle home and have been stopping at nothing to ensure every detail is perfect whenever the special day comes.

“You know, once we got married eating right got easier because she was a good influence. And now she's pregnant, so now it's harder because she's a terrible influence,” Young quipped about the challenges of keeping yourself healthy while living on the road. “But my desire to be on the road, even though I still love it, has pretty much been cut in half.”

The former college baseball pitcher said his tour bus now comes equipped with a nursery for their baby and the two are full steam ahead on prepping their new home for the arrival.

“We're a little bit over four months pregnant. We do have a new home that is not – and maybe the way I'm feeling right now will never be done being furnished, but you know, I think as much as a woman goes to the nesting phase, I kind of am to and so I love being on the road, and once I get out there again I'm always excited to be there,” said Young.

The singer-songwriter has five No. 1 singles to his credit and while Young certainly knows the road will always come calling, he noted that he’s found it easier to shake off the allure of getting back into the mix, especially with the added element of being a family man on the horizon.

“From 2017 to now, I'm excited to be at home. So yeah, the balance – You know I heard Dierks Bentley do an interview recently where they asked him how he balances it. He said, ‘That's the trick – you don't and you have to be OK with that,’” recalled Young.

“And I think I kind of finally just accepted that you don't, and it's that right partner in your life that knows that you can't and is OK with it. And so, I'm still running as much as I can but also trying to make as much time my wife, my soon to be baby as I can. Life is still beautiful the diet is still difficult, but always blessed nonetheless.”