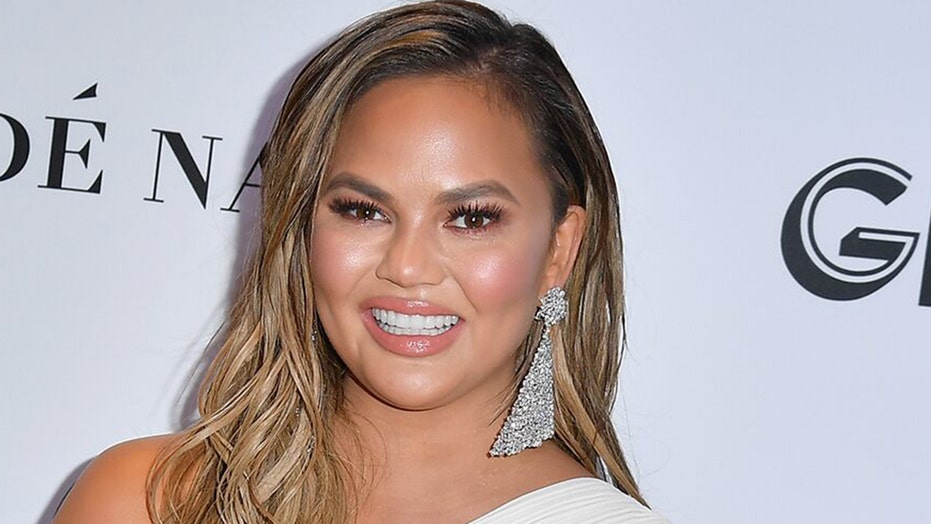 Chrissy Teigen revealed she was hospitalized over the weekend for issues relating to her third pregnancy.

The 34-year-old model took to social media to explain her situation and told fans she's been bleeding heavily despite being on bed rest for the last few weeks.

“We all know I’ve been on bed rest for a few weeks,” Teigen said via her Instagram Stories. “And that’s super serious bed rest, like get up to quickly pee and that’s it. I take baths twice a week, no showering… I was always, always bleeding. I’m about halfway through pregnancy and blood has been going for a month. So like, maybe a little less than a month. We’re talking more than your period, girls, but definitely not spotting. A lot of people spot and it’s usually fine.”

“Every time I’d go to the bathroom it would be blood, but honestly, just laying there would be blood,” she continued. “But today, the big difference was that it kind of was like you were to turn a faucet on to low and leave it there. It’s so weird because I feel really good. I’m usually at my happiest pregnant, mood-wise. I feel happier than I do not pregnant. That’s why it’s so hard for me to come to terms with [the situation]… It was at the point today where it was never stopping bleeding.”

Teigen explained, "In the simplest of terms, we can say my placenta is really, really weak," and then added: "I feel really good. The baby is so healthy, growing stronger than Luna [4 years old] or Miles [2 years old]. He moves a lot. He moves so much earlier than they ever did… he’s so different than they were. He’s strong. I’m so excited for him because he’s so wonderful, the strongest little dude. But basically, he’s the strongest coolest dude in the sh-ttiest house. His house is just falling apart. It didn’t have a good foundation to begin with.”

Chrissy Teigen spoke to her fans from her hospital bed.  (Instagram)

She admitted she and the baby need to make it through the "danger zone" of the next few weeks and it's been a "scary" experience.

Teigen also pleaded with her social media followers not to diagnose her and bombard her with messages. “You have to trust me that I have very good doctors, who know what they’re doing. There’s so much more than you can ever imagine. I share a lot, but not absolutely everything. So trust me when I say they know and I just want to keep things so simple for you guys," she pleaded.

The "Cravings" author accidentally revealed she was expecting a baby boy last week. She announced her pregnancy in August by debuting her baby bump in the music video for Legend’s song “Wild.”