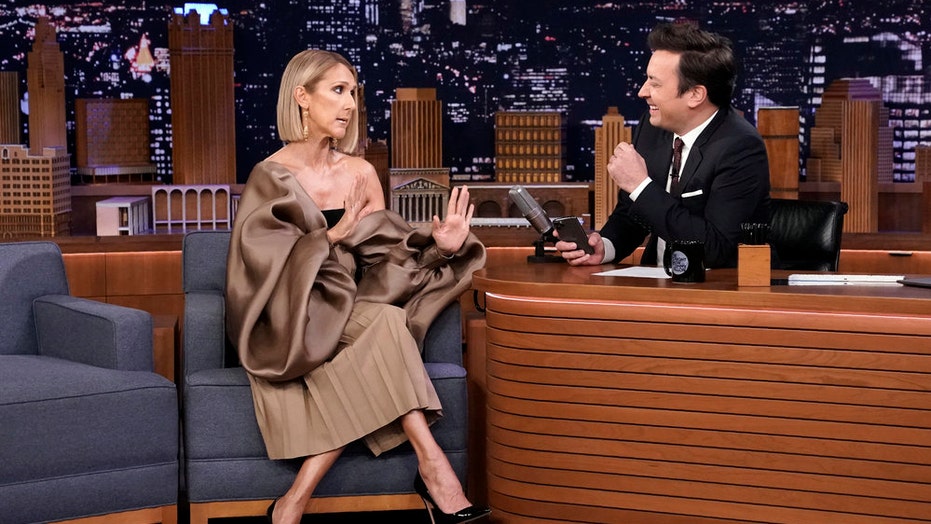 Celine Dion is the latest Hollywood star to weigh in on one of the biggest movie debates in cinematic history.

Could Jack (Leonardo DiCaprio) have fit on the door with his love Rose (Kate Winslet) in "Titanic"?

The 51-year-old French Canadian singer, who sang the epic theme song for the movie -- "My Heart Will Go On," finally provided her opinion while appearing on the "The Tonight Show Starring Jimmy Fallon" Friday night.

“Celine, I always try to ask you a good 'Titanic' question every time you’re here because I know you probably love those,” Fallon, 45, said. He then asked whether or not Jack could have survived the frozen Atlantic waters if “Rose just scooted over a little bit.”

“Don’t put me in trouble. What if they want to do a Titanic number two?” Dion joked.

“First of all, if you look closely [at] the picture, Rose is maybe dead or totally frozen, and she’s not quite all there, okay? Second of all, he doesn’t need an invitation. Come on, baby! Make himself comfortable. Jump in. You know?” Celine said.

In 2016, Winslet argued that “I think he could have actually fit on that bit of door" during an appearance on "Jimmy Kimmel Live!”

"Titanic" director James Cameron spoke with Vanity Fair in 2017 and said at the time, "The answer is very simple because it says on page 147 [of the script] that Jack dies. Very simple. Obviously, it was an artistic choice.

And most recently, DiCaprio in an interview with MTV News in July 2019 jokingly replied "no comment" when asked about the controversy.

"Titanic" was released in 1997 and is still one of the highest-grossing movies of all time.