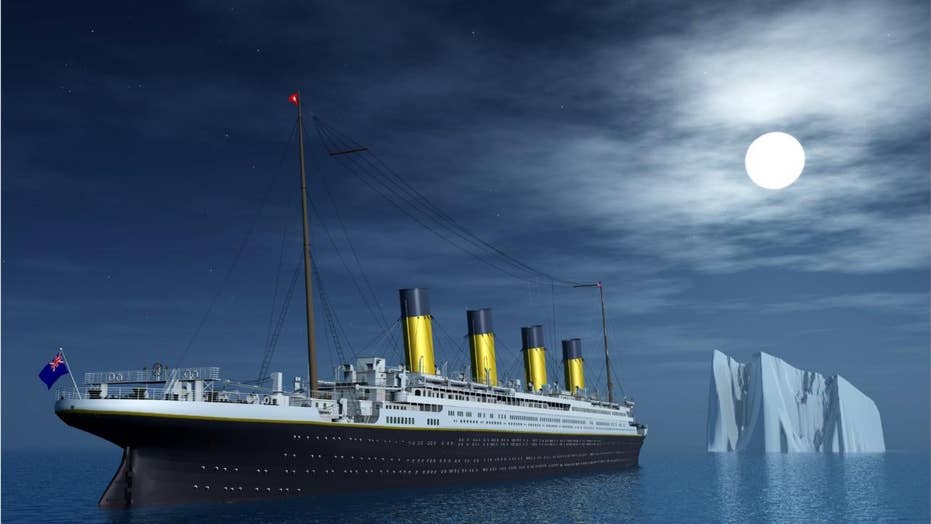 The first 4K images of the wreck were captured earlier this month during an expedition that was the first manned submersible dive to the site in 14 years. The high-resolution footage will be part of a documentary film from London-based Atlantic Productions.

“Following established U.S. legal protocols and under the observation of an on-board NOAA representative, the team of experts and scientists examined the remains of the ship, capturing for the first time extraordinary native 4K footage using specially adapted cameras, to capture the wreck in a way it’s never been seen before,” said Atlantic Productions in a statement.

The ship, which was owned by the White Star Line, is resting at a depth of 12,500 feet, 370 miles south of Newfoundland.

The exploration team made five dives to the Titanic over a period of eight days. Resting in bitterly cold water and subject to shifting sea currents, the wreck is deteriorating.

“Salt corrosion, metal-eating bacteria and deep current action are having the greatest impact on the wreck,” explained Atlantic Productions in its statement. “The team observed one area of deterioration was in the officer’s quarters, where the captain had his rooms. Here the hull has started to collapse, taking with it the staterooms.”

Titanic historian Parks Stephenson described the deterioration of the officer’s quarters as “shocking,” noting that the captain’s quarters had also fallen victim to the ravages of time and the sea.

“Captain’s bathtub is a favorite image among the Titanic enthusiasts, and that’s now gone,” he said in the statement. “That whole deck hole on that side is collapsing taking with it the staterooms, and the deterioration is going to continue advancing.”

Eerie footage of the dive obtained by the BBC shows the Titanic’s rusting bow and parts of the ship’s wrecked hull. Despite the wreck’s rapidly deteriorating state, glass can still be seen in some of the Titanic’s portholes.

Victor Vescovo, CEO of undersea technology specialist Caladan Oceanic and submersible pilot, said that, even with all the deterioration, he was still stunned by the scale of the wreck.

“It’s a big wreck, I wasn’t quite prepared for how large it was,” he said in the statement. “It was extraordinary to see it all, and the most amazing moment came when I was going along the side of the Titanic and the bright lights of the submersible reflected off a portal and came right back, it was like the ship was winking at me. It was amazing.”

The expedition, which used a submersible from Triton Submarines, was led by Rob McCallum of EYOS Expeditions.

More than 100 years after the Titanic’s sinking, the disaster continues to be a source of fascination. In 2017, a sea-stained letter recovered from the body of a Titanic victim was sold at auction for $166,000.

The sextant used by the captain of the rescue ship Carpathia sold for just under $97,000 in 2016. A cup presented by Titanic survivor Molly Brown to the Carpathia captain sold for $200,000 in 2015.